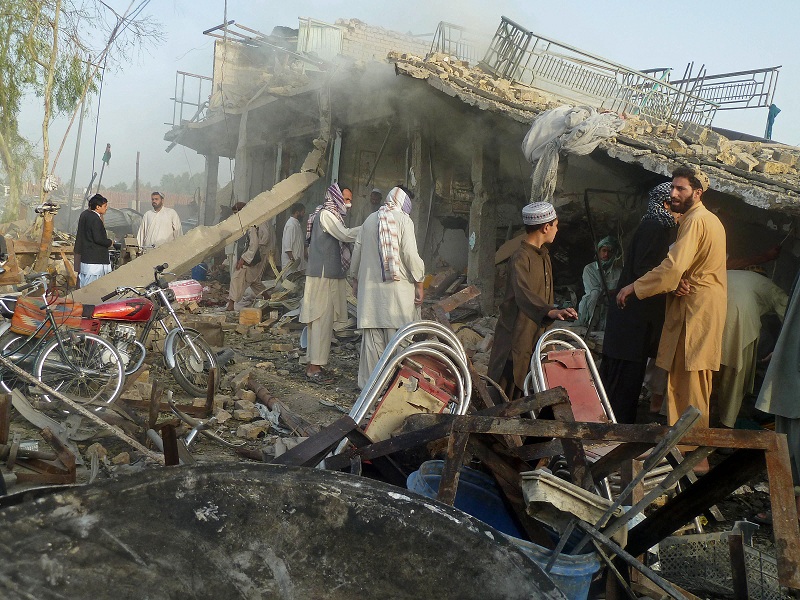 Twelve Afghanis were killed in a double suicide bombing on Saturday morning, according to AFP.

The attack occurred at a US-run military base in Gazni province, and destroyed a nearby bazaar, which resulted in ten civilian deaths and 43 civilian injuries. NATO bases often become economic hubs, bringing large numbers of civilians to the vicinity, AFP said.

Gazni province has been the site of earlier insurgent attacks, including a 2011 attack that killed over 80 people. Earlier this week the local Khaama Press reported that the Gazni provincial council chief had been assassinated. Provincial councils oversee each of Afghanistan’s 34 provinces. The murder of the chief marked a height of lawlessness for the central Afghanistan province.

Also this week an Afghan soldier opened fire on his Australian counterparts, killing three, according to the AP. This continued a pattern of Afghan security forces, or men dressed like them, attacking NATO troops as they try to carry out joint operations in anticipation of a 2014 transfer of power.

Brazen attacks on US-controlled bases, killing of government officials, and so-called “insider attacks” have gone a long way to demonstrating the shortcoming of local Afghan security forces as they prepare to assume the mantle of the country’s authority.