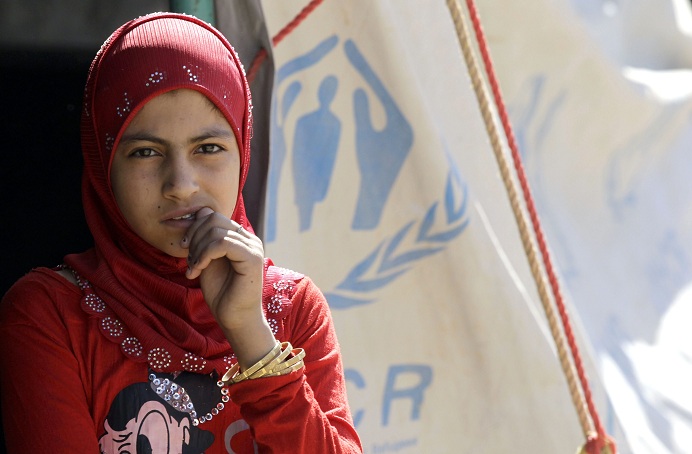 Jordan has called on the world to open its pockets as it struggles to house tens of thousands of Syrian refugees seeking safety across its border.

Almost 180,000 Syrians have fled the conflict into Jordan’s refugee camps since it began 17 months ago, officials said on Saturday.

In a joint press conference, the Jordanian Ministry of Planning and International Cooperation and the United Nations High Commissioner for Refugees (UNHCR) called for hundreds of millions in aid in order to allow them to continue to take refugees.

“The cost for Jordan to continue to welcome our Syrian brothers… is almost $700 million, to take in over 240,000 residents and refugees at Zaatari camp and outside,” Jordanian planning and international cooperation minister Jaafar Hassan said.

As the conflict in Syria rages, officials say the flow across the border shows no sign of letting up.

“We are going to see many more Syrians coming to cross the border. I can’t see any indicator this number will be reduced,” UNHCR representative Andrew Harper said.

Tempers have already flared over the poor living conditions in the camp, with more than 20 police officers injured in clashes with almost 200 protesters last week, AP reported.

Despite Jordanian Prime Minister Fayez Tarawneh’s vow on Wednesday to deport all those responsible for the riot back to Syria, Hassan said no refugees had been sent back so far.

“But we are firm,” he told AP. “Our priority is the safety of our borders, citizens, state and its security. Afterwards, we care for the refugees.”

The Zaatari camp, situated north of Amman, hosts around 26,000 Syrian refugees and is receiving around 1500 more every day, Hassan said. It opened only five weeks ago, though Hassan said Jordan may be forced to open a second camp if the influx continues. At least 140,000 refugees are reportedly living in Jordanian towns and villages.

The crossing of Syrian refugees into neighbouring countries is proving to be one of the region’s biggest struggles.

Turkey in particular, one of the major players pushing for action in Syria, is pushing the UN to establish ‘safe zones’ for refugees within Syria. A UN Security Council meeting on the issue last week fell flat, however, when permanent members China, Russia and the United States failed to attend.

At least 1.2 million people have been displaced by the conflict, the UN says. Almost 230,000 refugees have been registered in Turkey, Jordan, Lebanon and Iraq.

Turkey alone is hosting 80,410 Syrian refugees, according to the latest UNHCR count and has closed its borders to Syrian refugees not holding passports, claiming that its camps are full, Reuters reported.