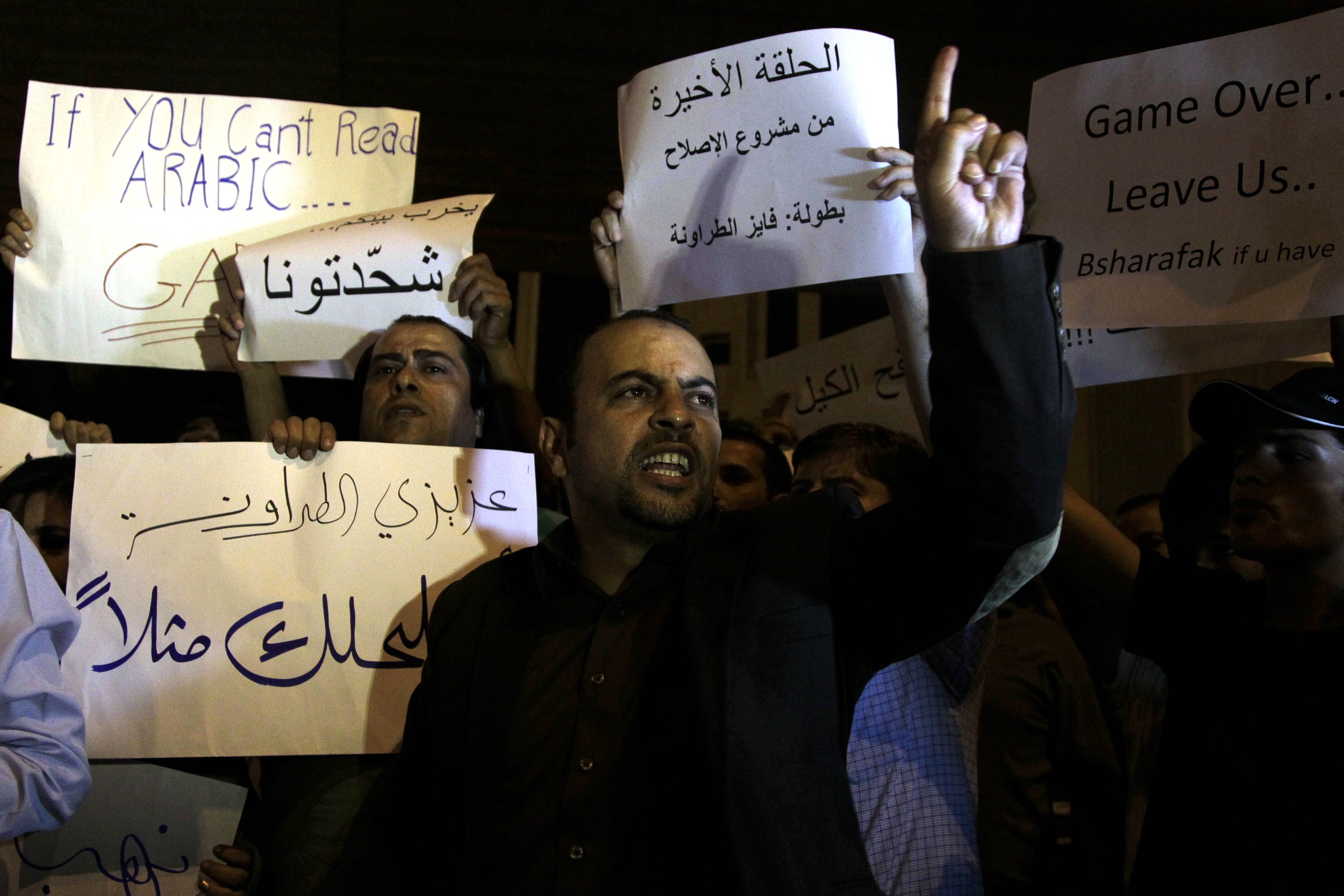 Last Friday, the Jordanian Government issued a decision to raise the price of 90-octane gasoline from JD 0.70 per litre to JD 0.77 (EGP 6.04 to EGP 6.64). The ten percent increase was the second price hike on fuel this year.

Many Jordanians, who already complain of high fuel and food prices, met the decision with outrage.

Among local activists and grassroots movements, Jordan’s Muslim Brotherhood also joined the protests and issued a statement in response to the rise in gas prices. “The Muslim Brotherhood condemns this crude decision and calls to accelerate the reversal of it,” claims the statement, which also condemns the government’s “tampering with people’s livelihoods.”

“The group also calls on masses of citizens to stand as one to reject the policy of impoverishment and starvation,” the statement added.

Senior government officials have insisted that the price increases were necessary in order to relieve the government of costly subsidies. The austerity measures represent an attempt by Jordanian officials to gain further support from the International Monetary Fund (IMF).

The Islamic Action Front, the political wing of the Muslim Brotherhood, told The Jordan Times that the rise in fuel prices was “the last nail in the coffin of the government.”

In July the IMF approved a $2 billion loan to Jordan, which suffered greatly due to energy sector shocks and exacerbated by high government expenditures. Regional unrest has also slowed investment at the expense of the private sector, which has experienced low growth rates.

Protests in Jordan occurred throughout 2011, largely in response to food inflation and salaries.