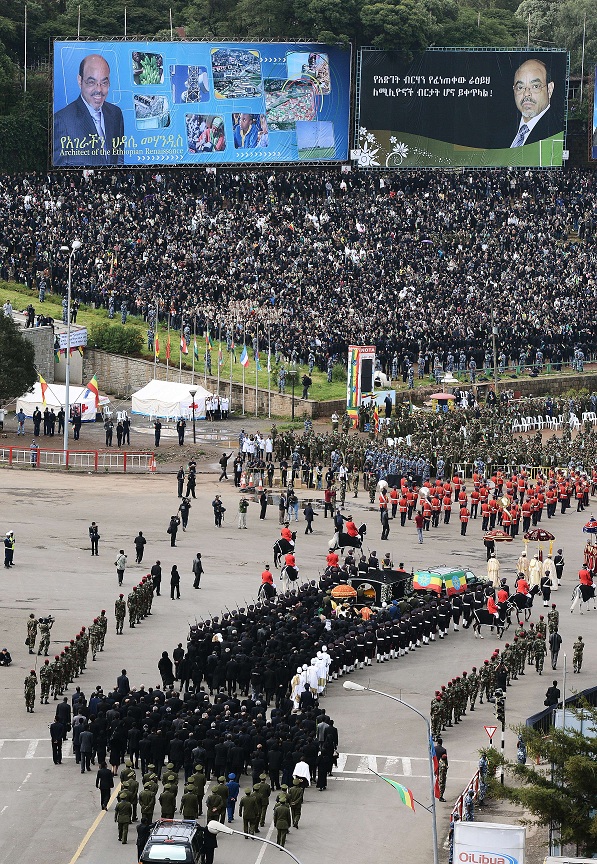 In a statement to the Egyptian Cabinet on Saturday Qandil said “Egypt, government and people, offer sincere condolences to the brotherly Ethiopian people for losing a great African leader with vision and wisdom witnessed by all.”

Qandil went on to confirm, “Egypt and its leadership is determined to continue joint efforts and fruitful cooperation between the two countries in various fields.”

Zenawi, who was prime minister of Ethiopia from 1995, visited Cairo last September and met with former prime minister Essam Sharaf to open a new chapter in relations between the two countries. The two expressed optimism in moving forward in constructive dialogue regarding the Nile Basin impasse.

During his tenure as Minister of Irrigation and Water Resources, PM Qandil worked extensively with Ethiopia and other African nations along the Nile in negotiations focusing on the Nile Basin Water Treaty.

Egypt and Ethiopia are both members of the Nile Basin Initiative (NBI), which was established in 1999 “to achieve sustainable socio-economic development through the equitably utilization of, and benefit from, the common Nile Basin water resources.”

The Nile Basin Water Treaty, signed in 1959, allocates almost all shares ofNile water to Sudan and Egypt, who receive more than 90 percent of the Nile’s water resources. Ethiopia was not a signatory in that agreement.

President Mohamed Morsy visited Ethiopia for two days on 15 July for the African Union Summit in his second oversees visit since his election. The visit was the first time an Egyptian head of state visited Ethiopia since the former president Hosni Mubarak avoided an assassination attempt there in 1995.