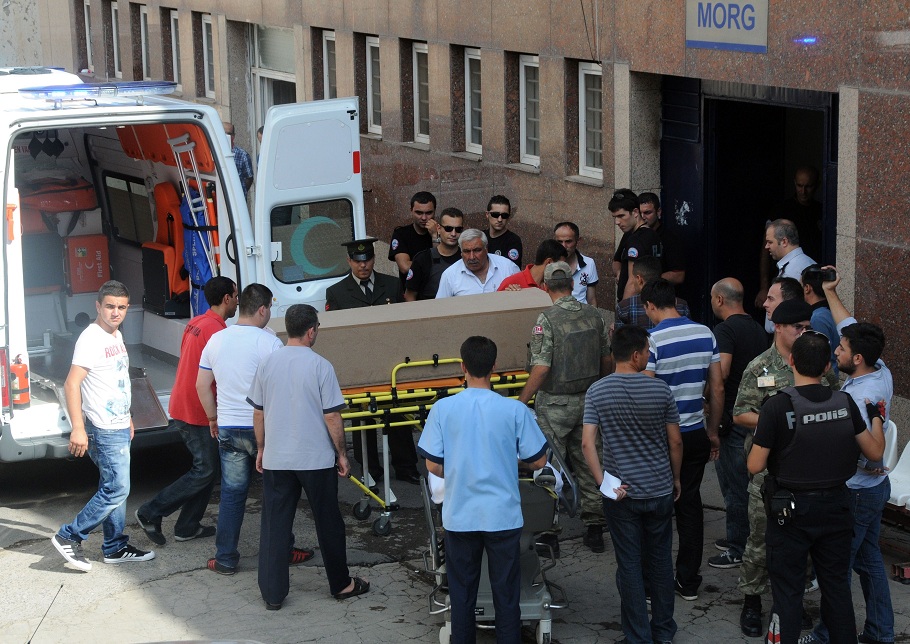 Fighting broke out in the Turkish south-eastern province of Sirnak on Sunday night when Kurdish PKK (Kurdish Workers Party) rebels attacked four security installations and checkpoints in the town of Beytussebap, killing ten security officials and 20 Kurdish rebel fighters, according to BBC news. Eight security officials were also wounded in the attack.

The Kurdish rebels attacked with guns and rocket-launchers, according to a statement released by the Hakkari Governor’s Office.  Almost 100 guerilla fighters carried out the attack, according to Reuters.

Kurdish rebels’ attacks have intensified recently, with blaming the Syrian uprising which has left Syrian Kurds in a state of limbo, thus endangering Turkish national security.

Turkish officials have repeatedly accused Syria of allowing PKK rebels to use their territory as a base for attacks on Turkey. Deputy chairman of the AKP, Huseyin Celik, once claimed in a statement that the PKK “worked hand in hand with the Syrian intelligence”. In a July interview with Turkish daily newspaper Cumhuriyet, Syrian president Bashar Al-Assad denied these claims.

Turkish foreign minister, Ahmet Davutoglu, played down Turkey’s accusations on Friday, where he stated that a 30-year-old affair like that of the PKK cannot be owed to only “one factor”, according to Deutsche Welle.

“We have overcome this issue” Erdogan said, adding that the real issue Turkey is currently facing is that of terrorism rather than a crisis of national identity.

Almost 45,000 people have died in terrorist activities related to the PKK since it took up arms in 1984. It has been mainly operating in the south-eastern region of Turkey, which is made up of a Kurdish majority.

The group is recognised as a terrorist group by Turkey, the United States and the European Union.