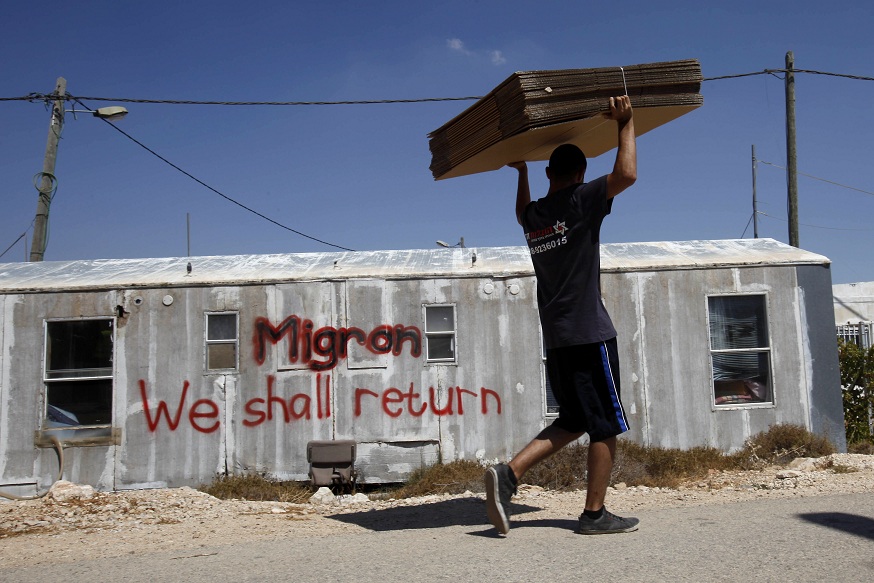 Police officers handed out eviction notices and successfully facilitated the evacuation of the settlement of Migron on Sunday.

The unauthorized Israeli settlement located east of Ramallah in the West Bank approached a looming Tuesday deadline for complete evacuation. The Israeli Supreme Court ordered the clearing of the settlement, deeming it unauthorized as it was constructed on private Palestinian land. The decision was made in response to petitions filed by activist group Peace Now and Palestinians.

According to various reports, the evacuation was peacefully conducted with very little resistance from members of the roughly 50 families that resided in the settlement. Police only had to forcefully remove a small number of resisting Israeli activists.

Migron, along with many other settlements, was constructed without permission from the Israeli government on disputed territories captured by Israel in the 1967 war.

The United Nations has repeatedly condemned the Israeli settlements. According to Reuters, of the settlements that currently exist in the West Bank, 120 are sanctioned by the Israeli government and 100 are deemed to be unauthorized.

“We are committed to the rule of law,” said Israeli prime minister Benjamin Netanyahu following the evacuation, “We are honoring the court’s rulings and we are also strengthening settlement. There is no contradiction between the two.”