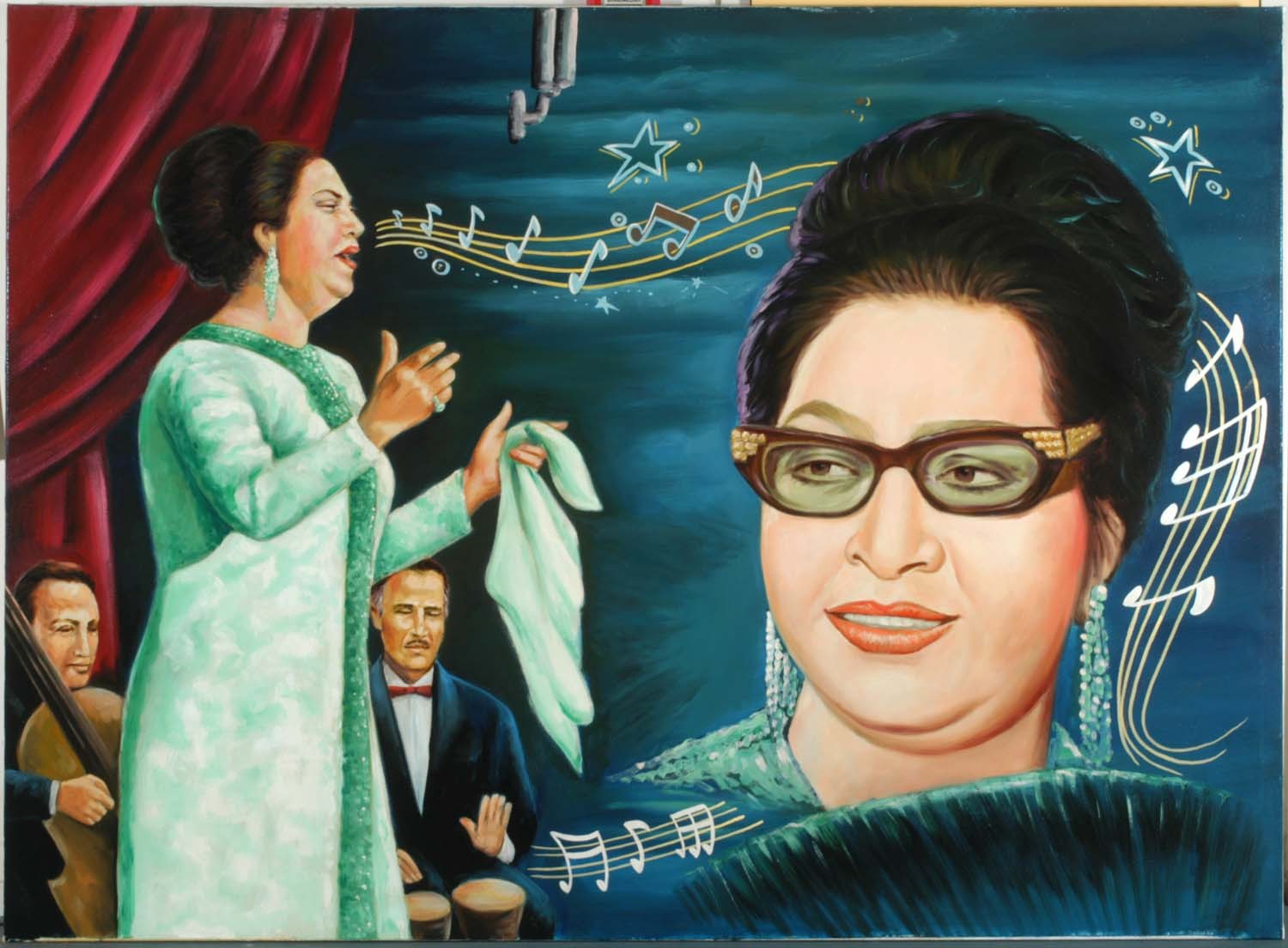 There are various ways in which Egyptians and Arabs write and pronounce her name, but using what could be a vague description, the Lady, is enough for any Egyptian to know you are referring to Om Kalthoum.

To date, she remains influential and she was celebrated in the Arab Music Institute on Sunday night in a concert called Kolthoumiat. This only marks the latest of tens, if not hundreds, of concerts and events held in honour of “the Lady.” The singers embarked on the challenge of attempting to sing her songs in celebration of the legacy Om Kalthoum has left behind.

Mahmoud Salah, a long time fan of Om Kalthoum, remembers he used to listen to her sing on the radio. The radio station, started in the 60s and called Om Kalthoum Radio Station, would start their programming everyday with one of the Lady’s famous songs. The last song of the evening was again one sang by the Star of the East. Between these songs, popular music of the times was played, but most listeners tuned in to hear the Lady sing.

While popular Arabic songs nowadays are barely a few minutes long, Om Kalthoum’s songs could easily span an hour if not more. It became a habit for many Egyptians to take time out of their days or make sure they were close to a radio, to listen to the incomparable grand lady of Egyptian music.

Salah still listens to Om Kalthoum, “I just saw one of her songs on television yesterday, but they just aired the song without naming the composer and lyricist. On the radio, they normally introduce the songs by providing information on who wrote the poem and who composed the music.”

Om Kalthoum partnered with some of the most talented and respected composers and writers of her time to produce the tunes that are still alive more than 25 years after her death. Singing mostly in colloquial Arabic, the few songs she performed in the classical fus-ha Arabic have proved to be some of her most successful songs, like Al-Atlal (the ruins).

The cooperation of Om Kalthoum and composer and singer Mohammed Abdel-Wahab was one of the biggest events in Egyptian music at that time. With both being at the height of their fame, the partnership was referred to as the meeting of the clouds, referring to the lofty position they both held in the realm of Egyptian culture. The partnership proved productive and resulted in numerous song, with Enta Omry (You are my life) one of the most successful.

Om Kalthoum’s exact date of birth is unknown because she was born in a small village at a time when birth certificates were not common. Her real name was Fatma Al-Sayed Mohamed Al-Betlagy. Om Kalthoum died in 1975 after a long struggle with illness and her funeral brought millions of Egyptians together on the streets of Cairo.

Reading about her life reminds you of a time when families in Egypt would gather around the radio for entertainment and the news. The purity and simplicity of this time is perhaps what her listeners in this day and age try to relive through her music.

The Lady and her songs have proven to be timeless, the younger generations who never had the chance to see her perform and were born after her time of glory still listen to her songs and revere the poetry of the songs and the incomparable way Om Kalthoum sang them.