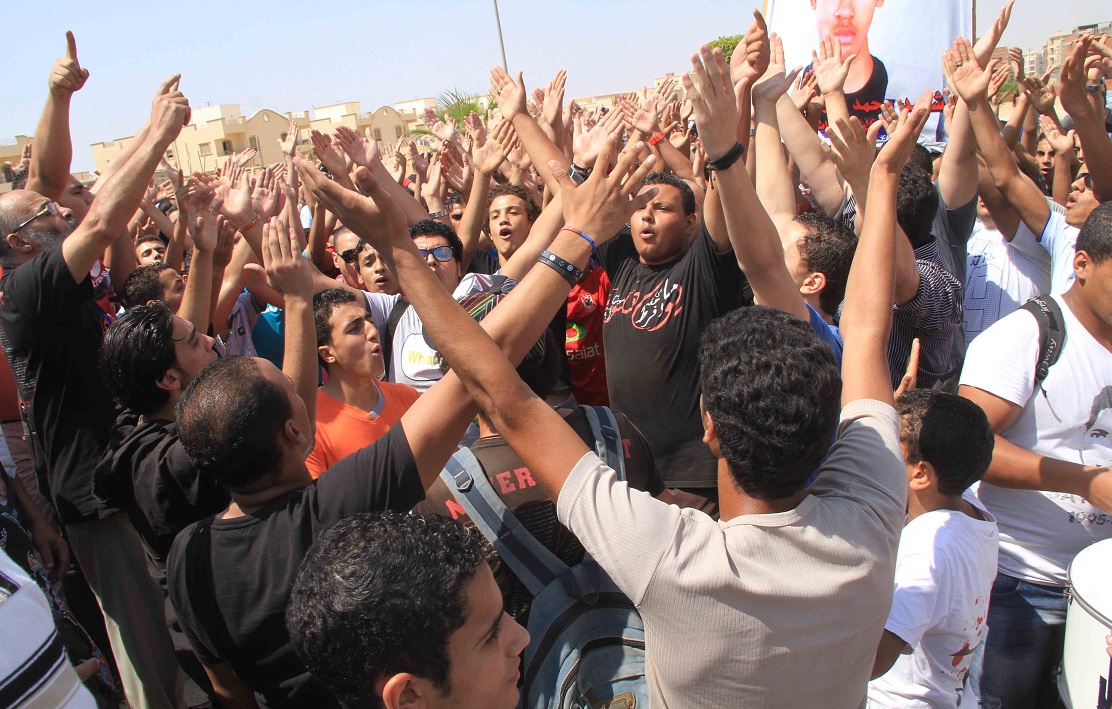 The Port Said violence trial was postponed on Monday until 5 September.

Dozens of Ultras Ahlawy members, an ultras group which supports Egyptian football team Al-Ahly, and families of victims of the Port Said violence protested outside the Police Academy on Monday, calling for retribution.

Police cordoned off the academy building where the trial is taking place to prevent clashes between the families of victims and defendants, who were transported to the trial by the Ministry of Interior and entered the building through the back door.

The trial was postponed to 5 September after defence lawyers called for recusal of the bench following their statement, which was the only remaining part of the case. The court postponed the trial in order to provide the defence with enough time to apply for recusal procedures.

Defense lawyers argued that the bench had inspected the Port Said Stadium at noon and not at night, failing to recreate the atmosphere during the massacre. One lawyer also claimed there was photographic evidence of Port Said’s district attorney at the game that night, making the trial biased.

They also argued that several of the laws used in the trial, especially the “thuggery law” were unconstitutional and called for the bench’s recusal when it refused to postpone proceedings and rule on the constitutionality of the laws.

Over 70 Al-Ahly football club supporters, many of whom were members of Ultras Ahlawy, were killed on 2 February following clashes in the aftermath of the Al-Ahly – Al-Masry match.

Footage and eyewitness reports demonstrate that many of the victims were stabbed or thrown from the top of the stands, but the official government line has been that the majority of victims died as a result of suffocation due to crowd congestion.

The main stadium gate was locked and security forces inside the stadium did not interfere to prevent the clashes, which started after supporters stormed the pitch following the game.