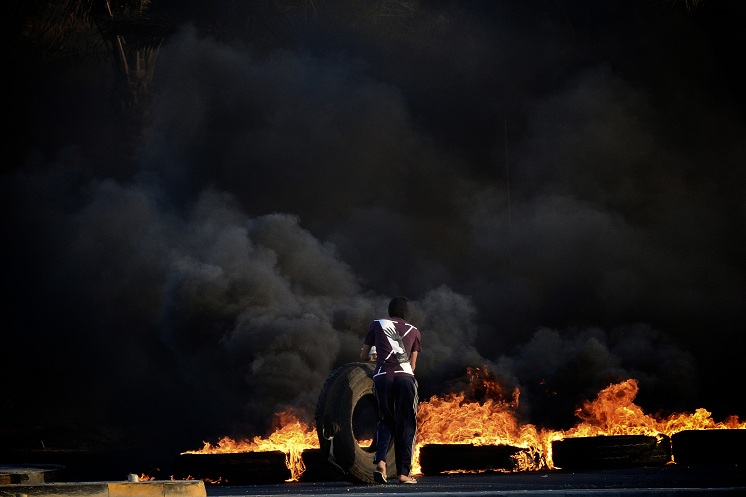 Bahrain’s High Court of Appeals in Manama upheld jail sentences against 20 prominent activists on Tuesday. The activists were charged with “conspiring to overthrow the government, having contact with foreign entities, and violating provisions of the constitution”, eight face life imprisonment.

Of the 20 convicted, 13 attended the sentencing while seven were charged in absentia. Among the convicted was Abdul Hadi Al-Khawaja, former president and co-founder of the Bahrain Centre for Human Rights (BCHR) and one of the most prominent activists demanding a greater voice for Shi’as in the Sunni-ruled kingdom. Al-Khawaja started a hunger strike lasting 110 days from February until May earlier this year while in detention.

“We totally reject today’s verdict, which is clearly not a step toward beginning to solve the issues in Bahrain,” said Abdul Jalil Khalil, a former Shi’a Bahraini MP and member of the country’s main Shi’a political bloc, Al-Wefaq, according to the Associated Press.

A military court originally issued sentences for the 20 activists in 2011, but the cases were made subject to retrial. However, the sentences issued on Tuesday were very similar to those originally issued. In addition to the life sentences, penalties of 15 years, five years and six months were also handed down.

“[The] verdict does not come as a shock,” said Maryam Al-Khawaja, acting President of the BCHR and daughter of Abdul Hadi Al-Khawaja on Twitter following the announcement “with no international consequences and accountability for [the] Bahrain regime, they have no incentive to change.”

Activist groups and members of the international community have repeatedly condemned the clampdown on human rights defenders in Bahrain.

Both the United States and the European Union have said they are “deeply troubled” by human rights violations developments in Bahrain.

In a separate case, activist Nabil Rajab was sentenced to three years in prison in August for talking part in unauthorized gatherings. Rajab’s arrest was also met with public outcry from a wide range of organizations both in and outside of the region.

“This ruling shows that Bahrain’s rulers are committed to a policy of comprehensive repression,” said Joe Stork, deputy Middle East director at Human Rights Watch in a statement denouncing the Rajab detention, “instead of releasing people jailed for peaceful dissent, it seems determined to lock up even more people who try to exercise their right to peaceful assembly free expression.”

Unrest continues in the Gulf state since protests against the Sunni royal family began 18 months ago, with the Shi’a majority calling for democratic reform and equal rights. Human rights activists have complained of police brutality, arbitrary arrests, and unfair trials by the government in an effort to crack down on the movement.

The sentences handed down on Tuesday will reportedly be eligible for appeal.