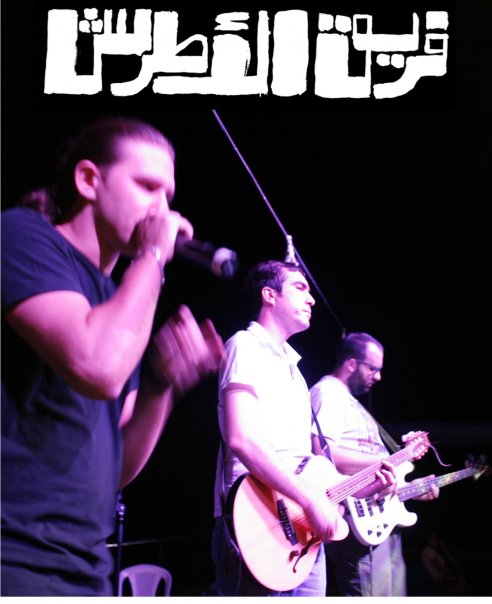 Atrash, along with Egyptian artists Deeb and Arketekt, delivered an excellent performance to a very happy crowd at Sakya on Sunday. The group, which was formed in Lebanon in 2006, is usually described as performing rap but their music is much more diverse and contains influences from other musical genres that enrich it beyond most Arabic rap groups.

The place was crowded and full of people who were enthusiastically listening to the group, but there were some inevitable misgivings about the rappers’ Lebanese accent which, coupled with a loud beat and rapid rapping, made the lyrics difficult to discern for the mostly-Egyptian crowd.

The music itself was a big hit with the audience, sounding like a mix of soul, funk, rock, hip-hop and rap and incorporating several instruments. Unlike most groups who rap, or rather attempt to rap, Atrash’s sound is more mature and developed. It is more finely-tuned and though it sounds spontaneous and fresh, it is also well-prepared and not put together hastily, a product of the behind-the-scenes experimentation the group undoubtedly had to go through.

Arketekt, who was also performing, complained that rap in the Arab world is only focused on ‘girls, cars and money’ and not the deeper side of the art which deals with more serious issues, where its true origins lie. He also said that, while people were still new to the genre in Egypt, it is growing in popularity as people get tired of the aptly named ‘Habibi’ music that he says only focuses on love and heartbreak.

There seemed to be a consensus over the underdevelopment of the hip-hop and rap scene in both Egypt and Lebanon but also optimism that the receptive audiences are drastically increasing. “Rap is for expression and the underdevelopment of the scene is not always a bad thing because it allows for a more organic and dynamic environment that gives you more possibilities”, explained Arketekt.

Fareeq Al-Atrash said that a challenge to creating rap in Arabic is finding the formula that pushes the language to its full potential. “We experimented with things like internal rhyming and other linguistic tools so we could create something of our own. We are very locally minded and coming to Egypt was a big dream for us. The Arab world and culture are our primary focus and a big part of that is obviously the language. Fortunately, Arabic is a poetic language and people here are used to oration.”

The goal, they added, is to create home-grown rap music like artists in Japan and France, who have succeeded in embedding the music within the culture and disproving the idea that the genre is specific to a certain culture, class or time period.

The group is conscious of the challenges ahead but they echo that the rise of the genre in the United States was also difficult. They explained that they try to also bring out the musical styles that influenced rap and hip-hop, like blues, funk and soul. They believe this will make it easier to reach more people in the Arab world, who are more likely to relate to these genres, and because these genres also served as their own artistic and creative influences.

“Our musical influences include The Roots, who have contributed to the way we sound substantially, but also Ziad Rahbany from the Arab world, who fused African American elements and Jazz to create unique music. We all have different influences and since this is a collaborative effort, it shows in our music, so our rock influences might include the Red Hot Chili Peppers and so on. It is diverse.”

Fareeq Al-Atrash’s tour in Egypt is almost over but that is all the more reason to go see them when they will be performing at the Cairo Jazz Club tonight, where they are sure to please audiences again. They sound great and their vision of music lines up excellently with their lyrics and their dynamic performances.