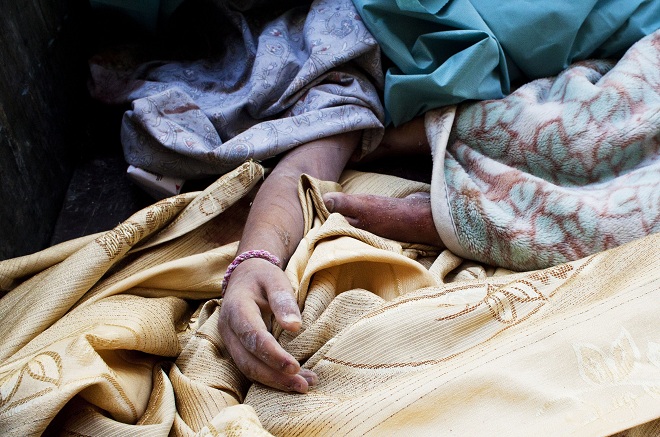 More than 100,000 refugees are believed to have fled Syria during the month of August, according to a UN report published on Tuesday, as activists name August the bloodiest month since the uprising began. The UN report came out a day after Syrian Information Minister, Omran Al-Zoebi, promised there would be “no dialogue with the opposition prior to the Syrian army’s imposition of security and stability in all parts of the country”,  according to the Associated Press.

The total number of people believed to have fled Syria due to the on-going violence across the country stands at over 235,300, according to the UNHCR. Given the Syrian government’s refusal to enter into dialogue with the opposition fighters, who are intent on toppling Basher Al-Assad’s regime, the number of refugees escaping to neighbouring countries like Turkey and Iraq will likely be on the rise.

In August an estimated 5,000 people were killed as a result of the on-going fighting, with entire neighbourhoods in Damascus and Aleppo falling under siege and bombardment. Car bombs exploded in Damascus, there were attacks on military facilities by rebel fighters and indiscriminate attacks on civilians. On Monday, 19 people were reportedly killed after an airstrike hit the northern town of Al-Bab, raising the death-toll to 153 countrywide that day, according to estimates made by the Syrian Observatory for Human Rights.

The conflict has pitted Syrians against Syrians, leaving over 20,000 people dead so far, according to UN estimates. Due to the nature of the conflict, many Syrian army personnel have taken to desertion “we have two choices: stay and kill fellow Syrians, or desert, and be on the run from military courts,” a legal assistant summoned for duty in Damascus told Reuters on condition of anonymity. According to Reuters, the 300,000 strong Syrian military has been strained by the constant clashes with opposition fighters and desertions.

Peter Mauer, the president of the International Committee of the Red Cross (ICRC), held talks with Al-Assad on Tuesday to discuss the possibility of expanding humanitarian aid efforts in the country. According to a statement made by the spokesperson of the ICRC, Hisham Hassan, Al-Assad assured Mauer “he welcomed the humanitarian operations carried out by the committee on the ground in Syria, as long as it remains impartial and independent.”

Many believe “independent” means underplaying the acts of violence of the regime. On 1 September, Al-Assad released 267 prisoners from around the country, many of whom were barefoot or wearing nothing but their underwear, and bearing marks of torture.

With few other options for the Syrian resistance, there are legitimate fears that Al-Qaeda will take root. Over the past few months several foreign fighters have crossed into Syria. A report released by the US State Department in July indicated that the Iraq wing of Al-Qaeda was attempting to expand their operations their neighbouring country. Last month AFP quoted a rebel commander in Aleppo saying he did not want Al-Qaeda, “but if nobody else helps us, we will make an alliance with them.”