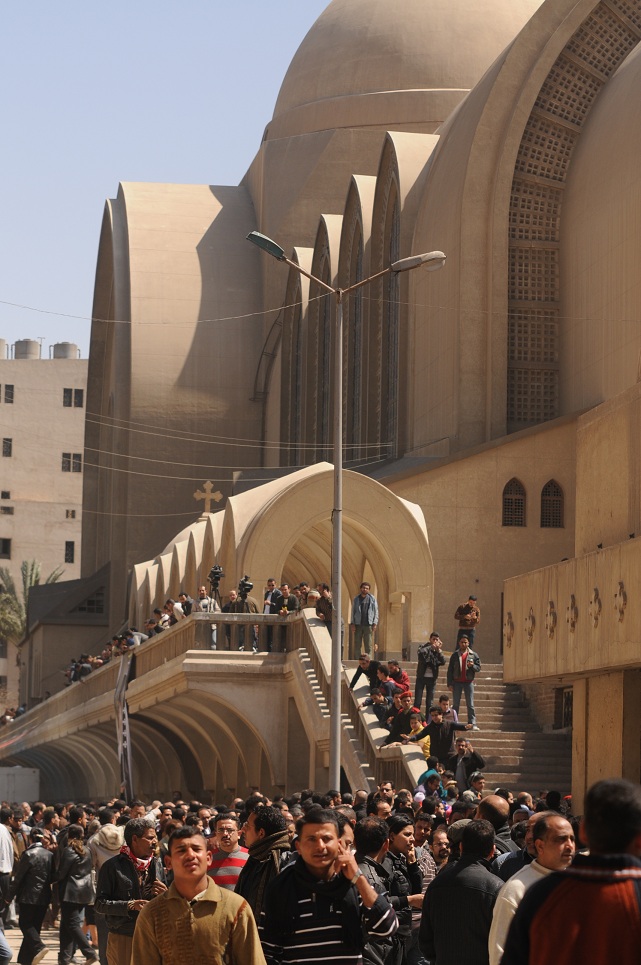 Over the last week, other groups have also approached the Coptic Orthodox Church with procedural disputes.

On Sunday, an administrative court postponed a case filed by Maged Mikhail, calling for suspensions of papal elections. Mikhail claims that the voter list is not a fair representation of the Coptic congregation and that eligible voters should be rapidly expanded to include millions of voters who should have a right in the selection.

The current voter list consists of clergy holding various ranks and laypeople with prominent roles in the media and government. Twelve voters from every diocese both inside and outside Egypt will also participate.

Mikhail also alleges that high-ranking clergy have taken part in acts of “tyranny and persecution” by asserting strong control over the elections process.

“I think Maged Mikhail’s case will fail,” said Coptic lawyer Naguib Gabriel, who is also on the current voter list. Gabriel emphasised that the Church has followed the laws in place to formulate the voter list, and has widened the field of voters from the 1,500 that participated in the 1971 election to roughly 2,500 to compensate for the large number of Coptic churches that had been established overseas during Pope Shenouda III’s 40-year tenure.

In a separate dispute, the organisation Copts Without Borders met with Bishop Morcos, who is overseeing the election committee process, to express its concern that voters were restricted to Copts with a certain status and that some had made public statements in the past that were heretical and harmful to the Coptic community.

The current field of 17 candidates will be narrowed down to anywhere between five and seven. The electoral committee will then choose three from the selection. Once the Church has three candidates, a liturgy will be held in St Mark’s Cathedral and a blindfolded child will select the name of the next Pope of the Coptic Orthodox Church.

In 1971 a group of Coptic lawyers filed a civil lawsuit against the Church, claiming that it had not followed canon law in the procedures for elections. The Church then repeated the process, but was met with a second lawsuit by the same group. However the prosecution withdrew the lawsuit due to the overwhelming public support for Bishop Shenouda, who was a major advocate for reform within the Church, and was selected and became Pope Shenouda III.

The current bylaws were established in 1957, and were used to elect Pope Kyrillos VI and Pope Shenouda III. Nominees must be at least 40 years of age and have served in 15 years of monastic life at minimum.

While no definitive deadline has been put in place, the papal selection is expected to occur in late November or December of this year.