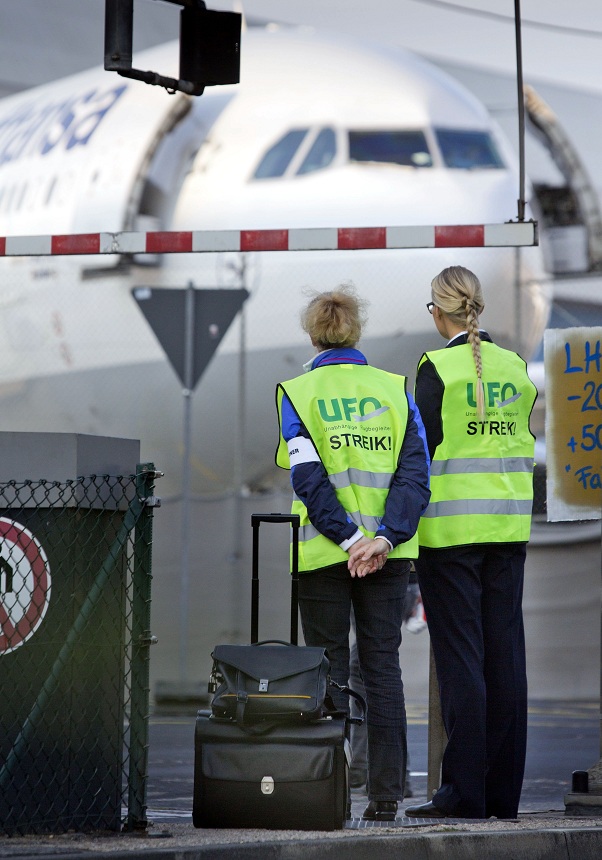 Lufthansa flight attendants have gone on strike Tuesday at three major German airports as part of their ongoing dispute over wages with the company which is seeking to cut costs. Around 300 flights were cancelled on Tuesday, with roughly a third of cancelled flights being inter-continental ones.

An eight hour strike in Berlin at 5am and a similar one in Frankfurt started at 6am. Workers at the Munich airport were encouraged to stage an 11 hour walk-out from 1pm.

The strike action started Friday, organised by Germany’s flight attendant union (UFO), when an eight hour strike was held in Frankfurt as a warning to Lufthansa.

Lufthansa suffered a 24 percent decline in second quarter earnings compared to last year and blames high fuel costs, new taxes on air travel in Germany and Austria as well as competition from Bahraini government-owned Gulf airlines. The main demand presented by the union is a five percent increase in pay for over 18,000 cabin crew workers who have not received a pay rise in recent years. Lufthansa offered a 3.5 percent raise to be accompanied by longer working hours.