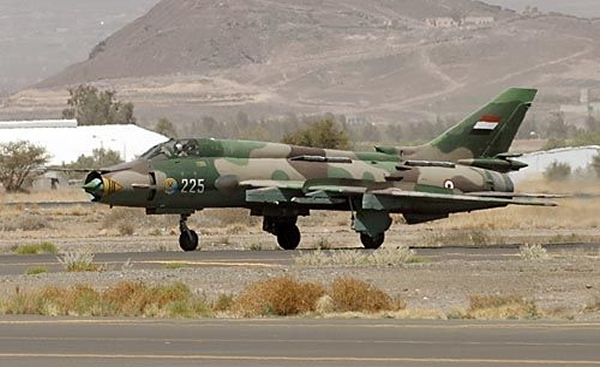 At least Yemeni civilians were killed in an airstrike by the Yemeni government that missed its intended target, residents and tribal leaders told Reuters on Monday.

While the government uses on airstrikes to combat militants, the underlying issue is the struggling economy which Yemen’s allies are currently discussing at a donor’s conference in Riyadh.

“It seems Yemeni warplanes missed the vehicle carrying the suspected militants and instead hit one carrying civilians, who were killed while four were injured,” a tribal official in Radaa told Reuters. He said the cars happened to pass at the same place when the attack occurred.

Families of the victims organised a march on Sunday to protest against the deaths, a witness told Reuters, saying that such incidents fuel growing resentment against joint Yemeni-US campaigns to target Al-Qaeda militants which all too often claim civilian lives. The United States stepped up drone attacks in Yemen against Al-Qaeda militants this year, a move which has upset Yemeni citizens.

Al-Qaeda has made Yemen an important base in the Arabian Peninsula, taking advantage of unrest that started with the uprising against President Ali Abdullah Saleh in January.

Meanwhile, Saudi Arabia called for US$11 billion in donations for its challenged neighbour, to help Yemen in its political transition. The call came on Tuesday at a Yemen donors’ meeting in Riyadh that included ambassadors and experts, to discuss the humanitarian situation and reconstruction of Yemen, state-run Al-Ahram reported.

“Yemen is facing many economic challenges and the kingdom hopes for more contributions,” said the Saudi finance minister Ibrahim al-Assaf, according to BBC Arabic.

“Our needs are $14 billion. The Yemeni government can cover some part, but there remains a gap of $11 billion, ” Planning and International Cooperation Minister Mohammed al-Saadi said ahead of the 4 September meeting, AFP reported.

The Saudi Kingdom had promised more than $3 billion of aid to Yemen in a May “Friends of Yemen” meeting in Riyadh. The impoverished country’s “friends” will meet in New York next month to make pledges to help it rebuild its economy.