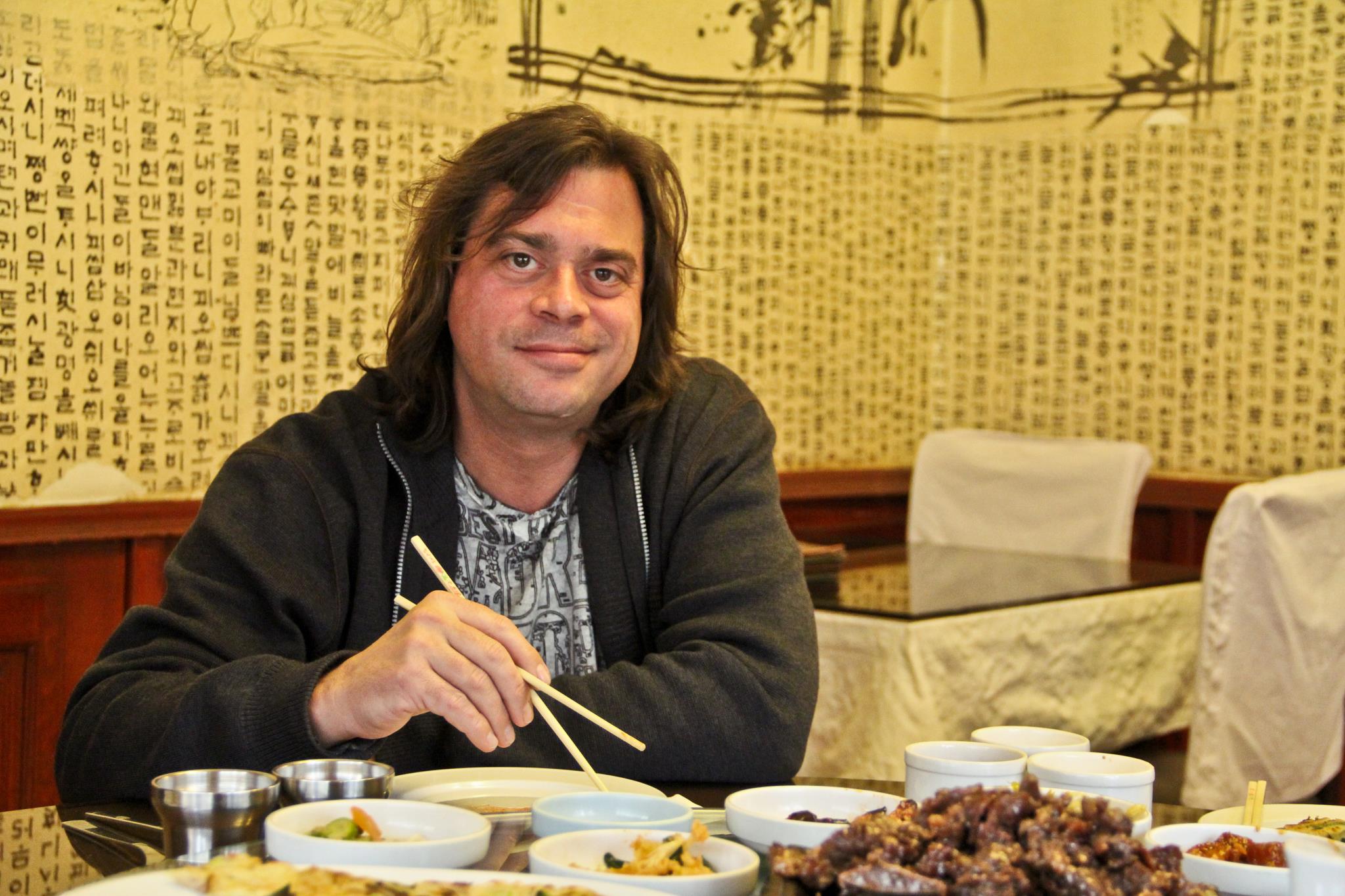 Restaurants serve more than just food. They also serve as cultural spaces. The first restaurants appeared in China in the 12th century, but the first modern restaurants were, not surprisingly, French. In the late 18th and early 19th centuries they featured, in addition to their public dining rooms, private rooms, some of which had their own entrances; extra privacy was insured by raising the food from the kitchens up through the floor. Because public political gatherings were illegal, activists could meet secretly over a meal—so too could men and women who were not married to one another, although their activities were of a different nature.

Cairo cafes and restaurants hosted political (and other) activities throughout the Revolution. Many still do. Risa’s, Amici Bar and others for instance held events centered around the presidential debates. And now, in the midst of another revolution, a dining out revolution, restaurants are becoming cultural spaces in new ways.

Bikya Bookcafe (Nasr City, Maadi) is a prime example. So too is Left Bank (Zamalek), which is emerging as one of the leading cultural spaces in the city, hosting not only political discussions and book signings, but also film nights, drum circles, live music, cooking demonstrations and, most recently, “High on Tuk Tuk—and An Educational Fundraiser,” showcasing the music of High on Body Fat, who recently performed on Arab’s Got Talent; as well as inspirational speeches from Omar Samra, the first Egyptian and youngest Arab to climb Mount Everest; and Mohamed Safi, erstwhile voice extraordinaire of Nile FM.

Well Safi’s on to new adventures now, leaving the airwaves to raise money for charity by racing a 7 hp 145 cc pimped out tuk tuk 3000 kilometers northern India from Shillong (pronounced Shillong), in the far east, north of Bangladesh, and one of the wettest places on the planet, to Jaisalmer, in the far west, near the border of Pakistan. There are no routes and no rules. Safi’s team, the Cheeky Camels, is competing against seventy other international entries. The race starts Thursday and you can follow our Egyptian team’s progress at www.theadventurists.com.

The Adventurists are a British-based company that raises money for charity by organizing madcap events like racing Nissan Micras across Mongolia, or the Mongol Derby, which is on horseback, or the Ice Run, which is on motorbike across Siberia, or tuk tuk races in Indonesia and, in this case, India. The money goes to charities like Frank Water Projects, which supports sustainable clean water projects in India. Safi’s team, the Cheeky Camels, is also raising money for SOS Hope Village (Palestine) and the local Egyptian charity Educate Me. If you want to contribute to these causes too, donate to the Cheeky Camels through the Adventurists web site.

Food for thought. Never imagined I’d employ that cliché, but in this case it fits. Let’s eat, drink and be merry for the betterment of the world. I like it. Restaurants are cultural places anyway—art, music, food, fashion, and politics. Why not take it the extra kilometer and entertain ourselves for the forces of good?

Plus, I’ve asked Safi to keep in touch, which he has promised to do. There is of course the possibility that he becomes food and we never hear from him again. A tuk tuk maxes out at around 55 km/hour, which is just under the speed of a Bengal tiger. Barring such unforeseen snacks, however, he has promised to bump me the occasional food tweet from India which you can catch on my Twitter feed @BiteMeCairo, or maybe on his @__Safi__, or maybe even on @TheAdventurists, where you can find news of the other teams as well. It’s crazy. It’s for some good causes. It’s once in a lifetime. As Thoreau said. “If you live without living then you are already dead. So what is there to fear?”