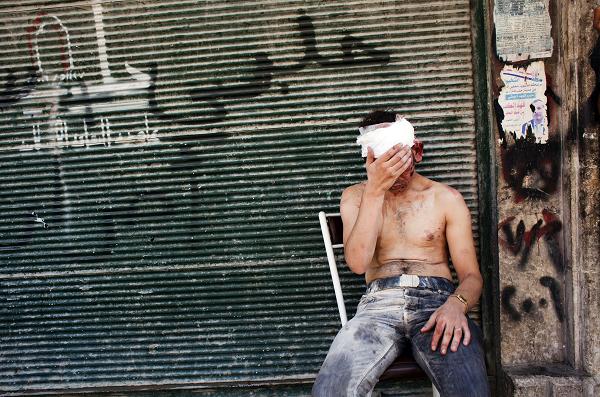 Iran is sending weapons to Syria in order to cement its fight against the Syrian uprising, the New York Times reported on Tuesday. Despite the Syrian rebels’ attempts to control border-crossings, which Iran uses to send aid to the regime, the weapons are sent using an Iraqi air corridor, which United States president Barak Obama urged Iraq to shut down earlier in August.

The New York Times reported statements by unnamed military officials claiming that Iran supplies the Syrian regime with both arms and training by the Iranian Quds force. US defense secretary Leon E. Panetta had touched upon that matter earlier in August, when he spoke about “an indication that they’re trying to develop, or trying to train, a militia within Syria to fight on behalf of the regime.”

The Syrian regime is also believed to be receiving arms from Russia. The eastern ally has always been Syria’s top arms supplier and has repeatedly managed, alongside China, to veto any Security Council regime implicating Al-Assad, imposing sanctions on him, or asking him to leave.

In the meantime, the United Nations General Assembly convened on Tuesday in order to discuss the deteriorating crisis in Syria. New United Nations and Arab League joint envoy for Syria, Lakhdar Brahimi, attended the meeting; the first general assembly meeting for him to attend since holding the post.

“The death toll is staggering, the destruction is reaching catastrophic proportions and the suffering of the people is immense” Brahimi told the assembly.

His statements were echoed by those of UN secretary general Ban Ki-Moon, who mentioned that the situation in Syria is taking “a particularly brutal turn.”

The United Nations High Commissioner for Human Rights only translated the aforementioned’s statements into facts by declaring that over 100,000 Syrians, in the month of August alone, have fled their homeland in order to avoid the fighting.

Syrian president Bashar Al-Assad met with International Committee of the Red Cross (ICRC) president, Peter Maurer, on Tuesday, where Al-Assad promised to allow an expansion of humanitarian operations by the ICRC in Syria “as long as it is carried out in an independent and neutral way,” according to Reuters.