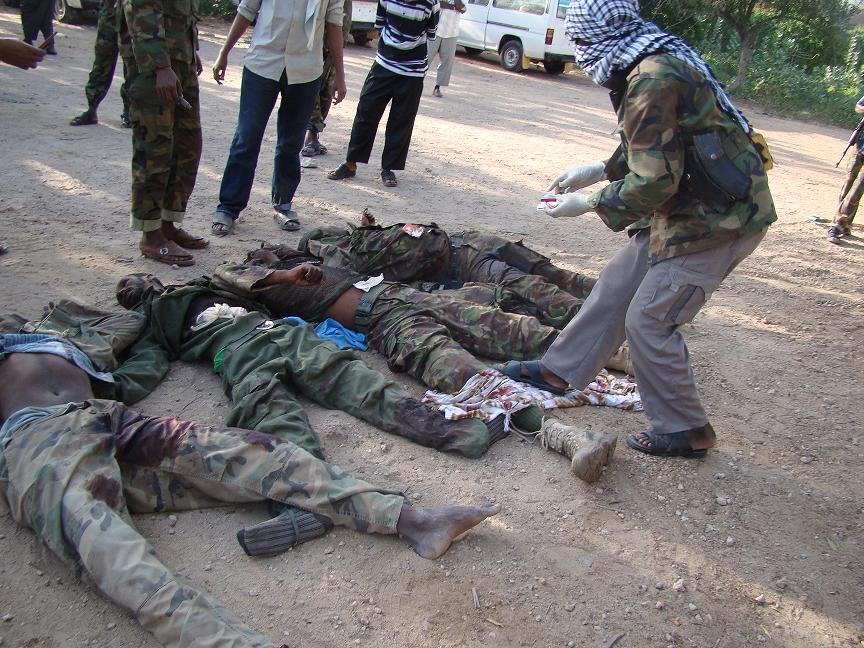 On Tuesday, the Kenyan navy shelled one of the most important Al-Shabab controlled towns in Somalia, as part of a joint African effort to halt the supply of money and arms to the Al-Qaeda cell. The retaking of Kismayo has been atop the priority list for the African Union Mission in Somalia (AMISOM), of which Kenya is a member, since they managed to remove the rebels from Mogadishu just over a year ago. The BBC is reporting Al-Shabab is digging in for a fight and many residents are fleeing in fear that there may be a protracted battle for the port city.

On Wednesday, AMISOM issued a press release saying that its troops were moving to secure the port of Elma’an. The town had previously been used to import arms and fighters to strengthen the ranks of Al-Shabab, who still control large swathes of the country. AMISOM hopes to reverse this and instead open up a lifeline for suffering coastal communities.

Port cities are envied jewels in the battle for control in Somalia says Professor Don Sharpes, a visiting fellow at Cambridge University, they “are important to Al-Shabab because of logistical supplies, especially money, arms, bomb-making equipment, and recruits that can be imported by sea.”

Because of the decimated state of the country, hard goods and cash take on even greater value. “Somalia has no formal banking system,” says Sharpes, “so money, above all, is highly significant for their struggle.”

Furthermore, United Nations security council resolution 2036, issued in February, states “that all Member States shall take the necessary measures to prevent the direct or indirect import of charcoal from Somalia,” which was identified as a source of funding for Al-Shabab. However, in a leaked UN report from June of this year, it was revealed that “principal importers of Somali charcoal, notably the United Arab Emirates and Kingdom of Saudi Arabia, have so far failed to fulfill their obligations to enforce the ban.”