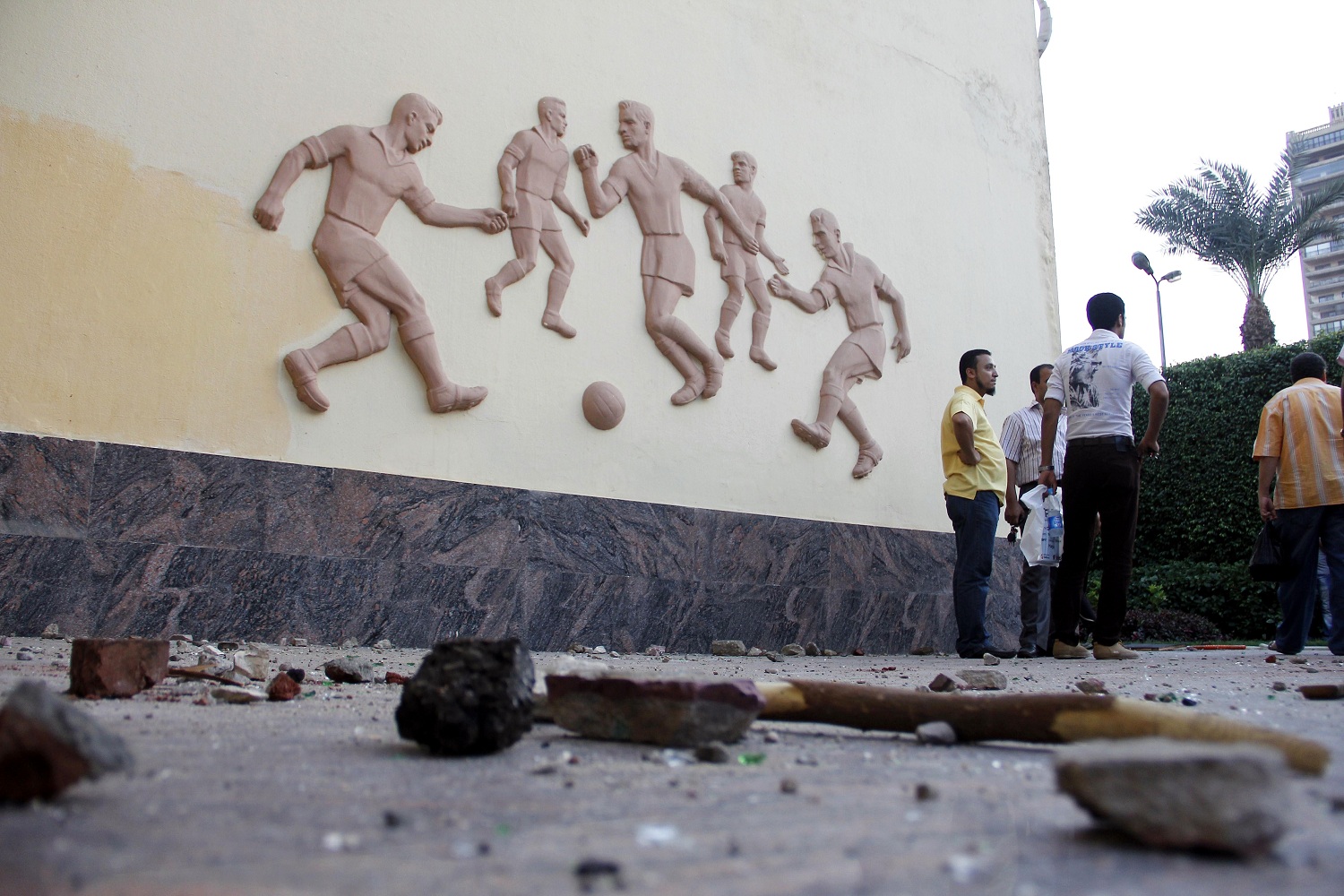 The break-in scared away the employees in the building and some Ultras members broke into the trophy cabinet and took trophies.

There were no injuries and the Football Association has filed charges.

The Ultras are against the league’s return, which Minister of State for Sports El-Amry Farouk said would kick off on 17 September following its suspension in February in the aftermath of the Port Said Stadium massacre.

Over 70 Al-Ahly football club supporters, mostly members of Ultras Ahlawy, were killed after a match between their team and Al-Masry of Port Said. Unidentified men from the Port Said side stormed the pitch after the game and attacked Al-Ahly players and supporters.

The deaths were caused by stabbings and being pushed off stands, although the official government report said supporters died due of suffocation as a result of a stampede. The main stadium gate was sealed shut and riot police commissioned to secure the game did not interfere.

Ultras Ahlawy held several protests and peaceful sit-ins demanding the killers be brought to justice. A trial is currently on going but the process has dragged. The Ultras have also demanded that all domestic football activity in the country remain suspended until justice is served.

Before the attack on the FA building, Ultras also broke into an Al-Ahly training session Tuesday.

Al-Ahly released an official statement saying members of Ultras Ahlawy had invaded the stands in the Titch training ground, demanding the club play no games until the victims are avenged, which led to manager Hossam El-Badry cancelling the session.

Following the attack on the FA, Farouk said the league would still kick off on 17 September as planned and that season would start next week with the Super Cup match between league champions Al-Ahly and Cup winners ENPPI.

Ultras Ahlawy have released a statement on their official Facebook page.

“Talk about the return of football activity is a complete disregard of not only the feelings of the parents of the martyrs and their families, but to the youth who were in Port Said that night and miraculously survived,” it read.

“The Super Cup match will be played and the league will be held only after retribution. We do not mean a trial… We mean retribution and no substitute.”