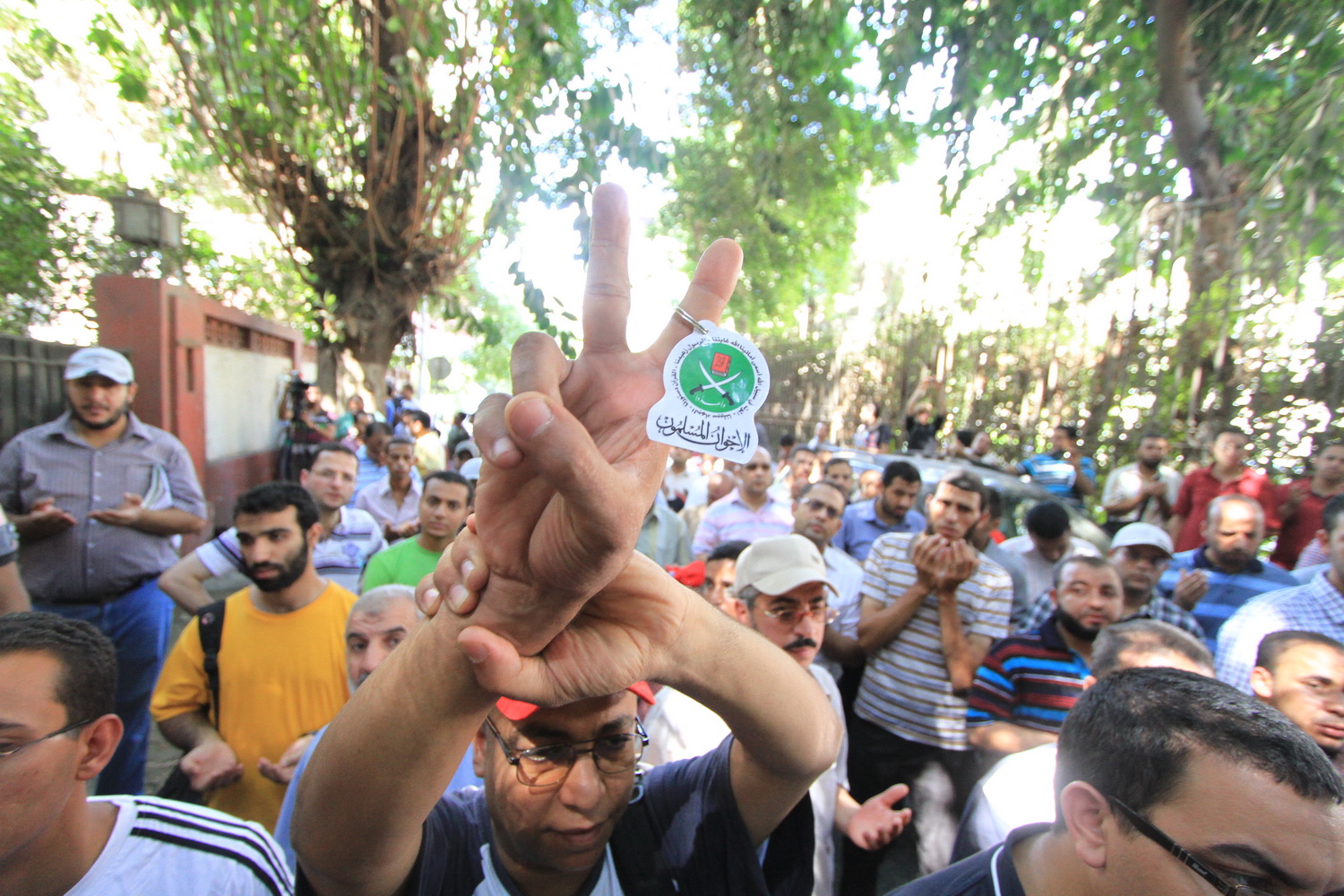 The public prosecution announced the release of all those detained in clashes outside the Syrian embassy last Tuesday night.

Twelve detainees arrested in the aftermath of confrontations with police last week appeared at a court in Abdeen on Saturday, while dozens of activists and protesters protested in front of the court. The acquitted defendants had been charged with assaulting police officers.

The Revolutionary Socialists had condemned the detentions in a Friday statement demanding the release of the prisoners related to the incident and the dismissal of the director of security of Cairo. The statement also questioned how security forces could clamp down on a protest in support of the Syrian uprising in the midst of various public appearances by President Mohamed Morsy condemning Syrian government forces.

The newly formed Al-Dostor Party, who joined the protests, rallied for the release of two of its members, Ahmed and Osama Kamal, twin brothers who are students at the Faculty of Commerce at Ain Shams University.

“We were worried they would be detained for an additional 15 days pending investigation,” said Jihan Shoukry, who was present at the protest calling for the release of those detained, “thank God they’ll be released.”

Ahmed and Osama Kamal were released with the other detainees at 6 pm after being processed.

Last Tuesday a group of protesters attempted to raise the Free Syrian Army flag at the Syrian embassy in Garden City. The march culminated in clashes with security forces in the area.

Protesters engaged security forces who responded with tear gas. The protesters reciprocated by throwing rocks at the police.

Egypt has seen a rise in protests against violence in Syria and President Bashar Al-Assad’s government. President Morsy made strongly worded addresses to diplomats at the Non-Aligned Movement Summit in Tehran and most recently in front of the Arab League in Cairo. He declared that it was “time for change” in Syria and advised Assad to “learn from recent history.”

Estimates show that roughly 15,000 Syrian refugees have made their way to Egypt since the beginning of the bloody 18 month conflict that has left tens of thousands dead and many more displaced.

On Friday the Muslim Brotherhood lead protests along with other political factions outside of mosques on Friday after prayers in solidarity with the Syrian uprising.