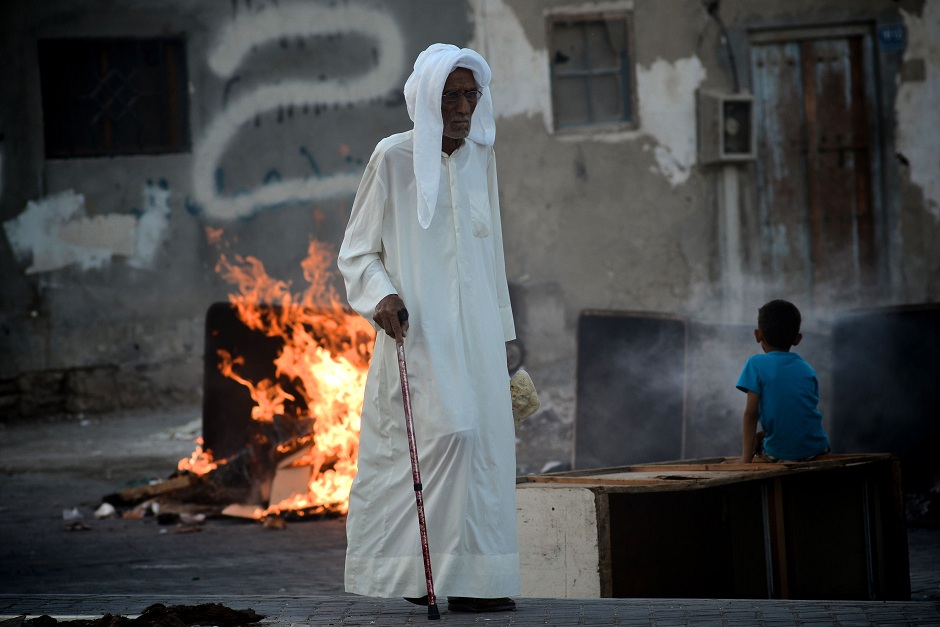 Protests in the Bahraini capital of Manama were broken up by armored troops on Friday.  Video posted by the largest opposition party, Al-Wefaq National Islamic Society, show dozens of men marching in the street followed by dozens of women in black niqabs.  Troops then rush the group, covering the narrow streets with tear gas.

The protests come after Bahrain’s High Court of Appeals upheld jail sentences against 20 prominent activists on Tuesday. The activists were charged with “conspiring to overthrow the government, having contact with foreign entities, and violating provisions of the constitution”, eight face life imprisonment.

The decision was criticised by human rights groups and the United Nations. Secretary-General Ban Ki-Moon asked Bahrain, “to ensure the application of international human rights norms, including the right to a fair trial, freedom of expression and peaceful assembly.”

Head of the UN Commission for Human Rights, Navi Pillay, was much harsher in her condemnation, saying, “given the gravity of the charges, the scant evidence available beyond confessions, the serious allegations of torture and the irregularities in the trial processes, it is extremely disappointing that the convictions and sentences have been upheld in appeals proceedings that often took place behind closed doors.”

On Saturday opposition members held a conference titled “What after the BICI report?”  The BICI Report is a document released in late 2011 that outlined extensive human rights abuses that occurred during King Hamad bin Isa Al Khalifa’s violent response to Bahraini protests inspired by revolutions in other Arab states. Al-Wefaq parliamentarians resigned en masse last year in response to the government’s crackdown.

The conference was held to discuss the fact that though the BICI Report makes several recommendations, few have been implemented. What’s more, Friday’s violence clearly demonstrates the fact that human rights abuses continue to this day.