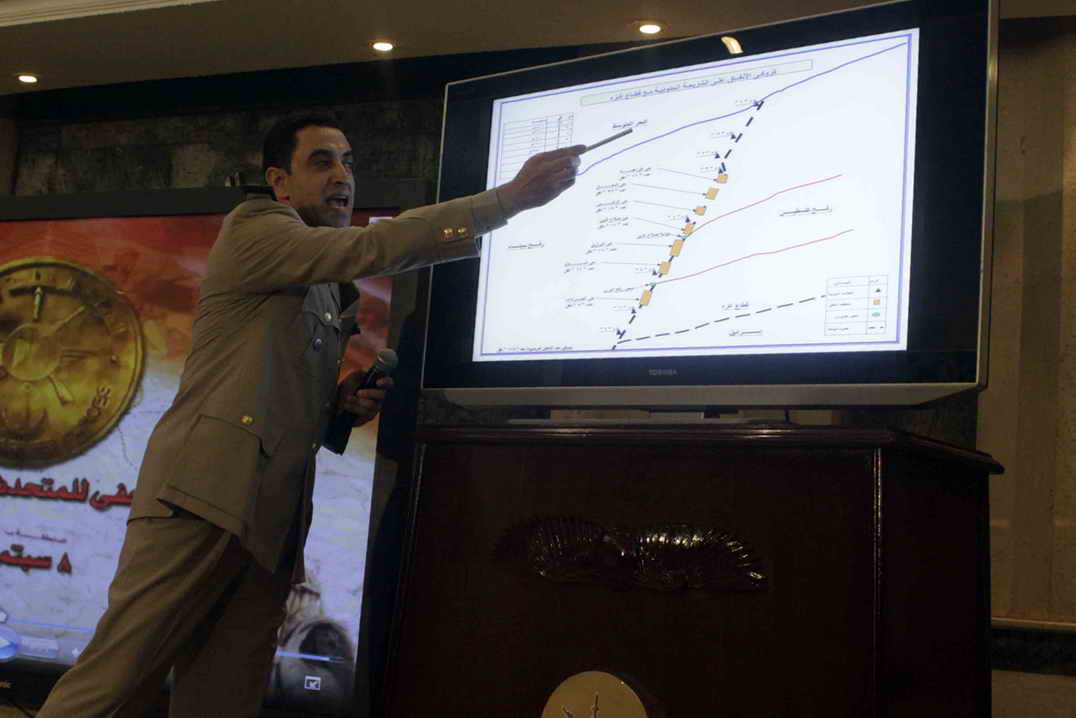 The perpetrators of the Rafah attack that killed 16 soldiers during Ramadan are still unidentified but investigations are continuing, according to the armed forces.

Armed forces spokesperson Colonel Ahmed Mohamed Ali, said the operations were called for by President Mohamed Morsy to restore security in Sinai. National security was threatened by the security situation in north Sinai, according to Ali.

He revealed results of the operation saying 32 “criminal elements” were killed and one was injured, 38 suspects were arrested and are currently being interrogated and 22 were released as there was no evidence of their involvement in the events. He said the number of outlaws in the peninsula is estimated to range between 400 and 600.

He added that 31 cross-border tunnels to Gaza were destroyed and 20 vehicles and a large quantity of arms were confiscated. The weapons included automatic rifles, antiaircraft mortars, anti-tank mines and machine guns.

The operations are now in their second phase according to Ali, in which the armed forces aim to completely eradicate criminal activity in Sinai to prepare it for a comprehensive development process. Around EGP 1.65 billion have been allocated to the Sinai development process, Ali said.

Regarding the Camp David accords which limit Egypt’s military presence on the peninsula, Ali said “Operation Sinai” doesn’t violate the peace agreement and is being carried out in coordination with Israeli authorities. He stressed Egypt’s commitment to international treaties without compromising its national security.

Promising regular meetings with the media, Ali said the armed forces had decided there should be an official source of accurate and credible information to avoid presenting conflicting or inaccurate reports to the public opinion.

He also called on the media to start using the official name “Operation Sinai” instead of “Operation Eagle” in their coverage.