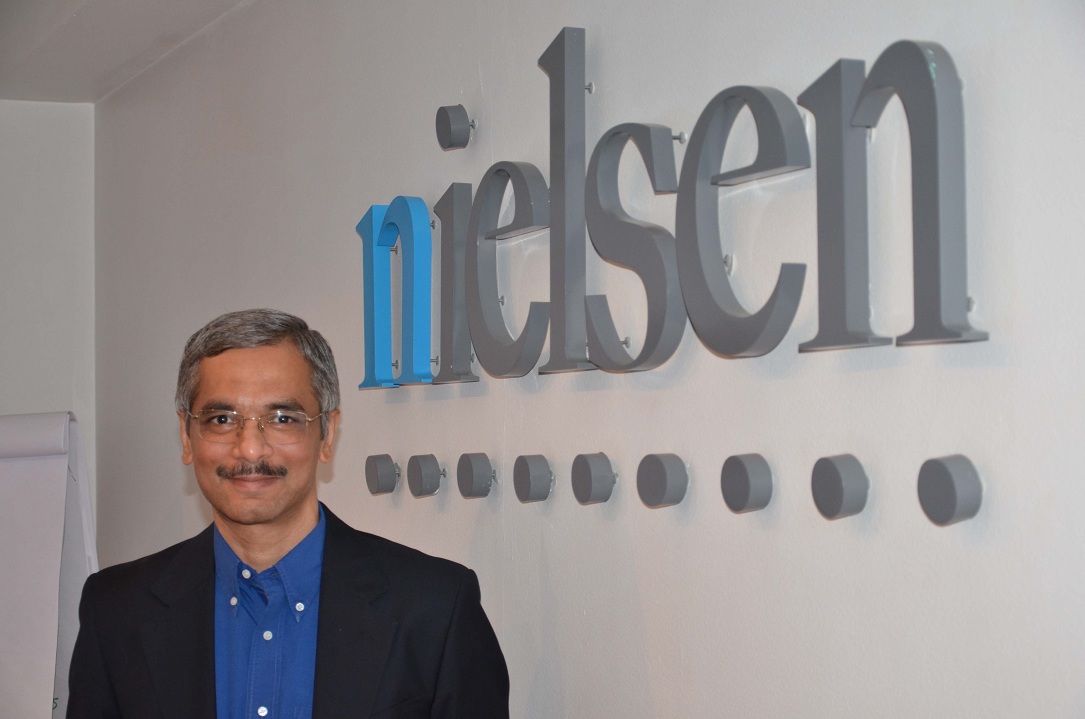 Even in the darkest, most troubling of times, our collective sense of optimism for a better tomorrow somehow manages to prevail. That is what Nielsen’s survey on consumer confidence, concerns and spending intentions for Q2 of 2012 revealed. To shed some light on the interesting results of the latest survey, Mr Ram Mohan Rao, the Managing Director of Nielsen talks to the Daily News Egypt.

The report surveys 65 countries, what are the selection criteria?

Where they picked at random?

I wouldn’t call it random. You see, each country should have a sizeable population, firstly. Secondly the population should be present online, since it’s an online sample. So it’s not strictly random, what we also do is we have certain criteria in picking those countries.

Internet Penetration Rate (IPR) is instrumental to the methodology of your survey, would you explain in the simplest way possible, what is the definition of IPR?

We did not measure the IPR of each country because that is not the objective of the survey. The way we define our standard is based on people who are online from any country. We don’t measure what proportion of the consumers is online, we only sample the people who are online and ask their opinion regarding the political, social and economic situation of their country. So the objective is not ascertaining the percentage of internet users in each country.

How many Egyptians were surveyed?

We surveyed 500 Egyptians, a sample that is representative of the online population from each segment of the society, categorised in terms of age and gender.

In which income bracket does the majority of the sample fall?

The sample is representative of the demographics of the online community. Of course we asked questions that are indicative of the income. We have an internet profiling survey which helps us assess the demographics of the online population and based on that we get a representative sample. You have to bear in mind that this is an online survey so its only reflective of Egypt’s online population.

If you’re asking me take an educated guess, the bulk of the online population would be educated people, individuals who have some kind of formal education and training to access computers. So I wouldn’t expect the bulk of our online target consumers to come from the lower class, I would logically expect them to come from the middle and upper classes.

If you took another guess, how representative would you say the online community of Egypt was of the whole of the population?

The role of online media is very influential on the political scenario in Egypt. To break it down, the number of Facebook users has increased from 2.5 million to more than eight million. So if you say that the Egyptian population is 90 million for example, and Egyptian Facebook users are nine million, then the sample represents ten percent of the population, that is one way of looking at it. The other way of looking at it that we’d say, out of the 90 million, almost half of that number is 14 years and below. So you’re left with 45 million, roughly about 30 percent of them would be from rural areas who are uneducated and so forth. That leaves about 35 million. From this standpoint, nine million out of 35 million would represent about 25 percent of the market that can be reached.

The more important question here is, what is the weight of that 25 percent? Our belief is that internet users tend to be more vocal about their opinion and tend to influence others as well. So, the influencing role of the online community is tremendous.We believe that one of the strongest and most reliable indicators of internet usage is the number of Facebook users. If you look at the total market in terms of numbers, the sample represents 25 percent but its weight is much larger and much more influential.

According to the report, Egypt is one of the top 11 countries that received positive signs. The question here is, given the uncertainty of the political and economic situations, how can the numbers suggest such optimism?

According to the survey research, Egypt is at 103 points, which is an increase of six percentage points. What we need to do is look at the period of fieldwork, which was done during the first and second week of May, which was just before the elections took place. This was a hopeful period in society. You will also note that all the countries surveyed that were going through elections are doing extremely well in terms of consumer confidence, such as France or Greece.

The logic here is, if you do this study in India for example just before the elections, you will find that that people are hoping that change is possible. This is the nature of human beings, we always hope if there is change coming, it would be positive and there is an element of optimism that accompanies it, which is what happened in Egypt.

Also we must note that the change that is taking place in Egypt is much more profound compared to the change that happened in France or Greece for example.  For countries that are already democratic, it was only a change of government for them. As for Egypt, it was a change of the system itself. So the level of optimism was much higher. Also at the point of time, no one was really sure which side would win the elections, so there was a type of inexplicable optimism among people that some magical transformation would happen; some guy will come in and would change everything, bringing stability, jobs, economic revival. So this is typical of any country that is going through major change.

This has not been case for just this quarter, confidence has been on the rise since the revolution took place, expectations were quite high regardless of the downfalls we’ve experienced throughout this year and half.

The Eurozone is going through a major economic disaster. Yet, according to your survey, countries such as Greece or Spain, which are having extremely problematic unemployment issues, are still projecting positive levels of confidence and optimism. How do you explain such projections?

To explain the reasons why confidence goes up and down, one needs to examine the events that were happening when the field work taking place.  The fieldwork took place during May, which was a turning point because the IMF stepped in and Germany came out with a plan to rescue the Greek economy. From March to May, confidence rose significantly. Keeping in mind that we’re all very emotional creatures,a strong economic superpower like Germany deciding to step in sent a very positive signal that there was a chance things could get much better. So, what the data reflects is that, as human beings, we tend to rely on hope to take us to the next step.

May you provide us with some numbers that are specific to report on Egypt?

Egypt had the biggest jump in the Middle East, increasing six points. It is one of the top ten countries that had an optimistic outlook. If you look to how Egyptians perceive their personal finances for the coming 12 months, which is one of the confidence indicators, Egypt comes as the tenth country globally with 63 percent believing that they have excellent opportunities in the coming year. Compared to last quarter, Egypt has risen five percent and is definitely higher than the quarters which preceded them.

If you look at how Egyptians would use spare cash after covering our essential expenses, Egyptians are leaning towards savings, which is typical for any society that is going through major ups and downs.

When it comes to how Egyptians feel about the economy, 86 percent state that we’re living in recession. Yet, Egyptians also believe that they will get out of that recession within the next 12 months.