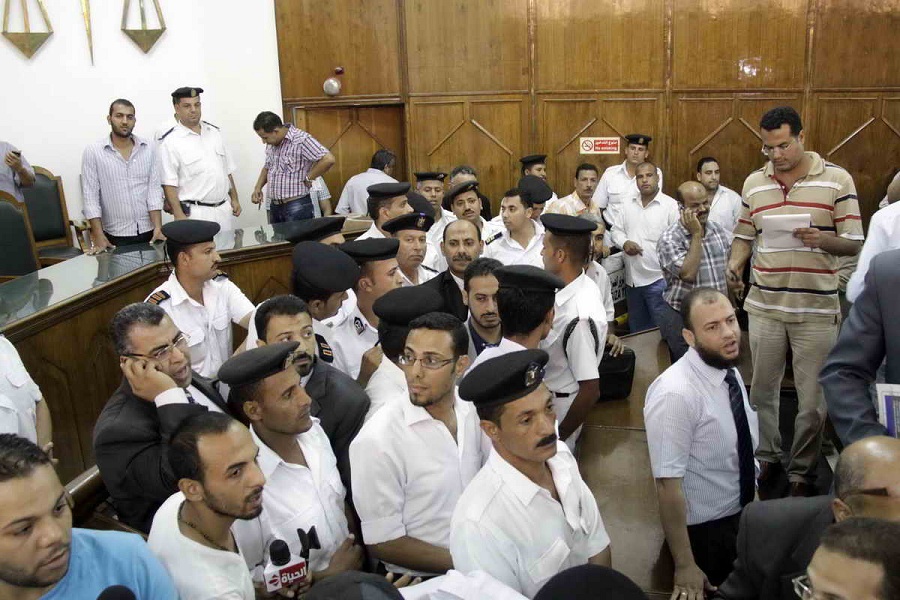 The former Port Said security Chief and three of his top aides were acquitted of murder charges at the Port Said criminal court, held at the New Cairo court in the fifth settlement, on Sunday, reported state news agency MENA.

The charges by public prosecutor Abd El-Meguid Mahmoud stated that the defendants resolved to murder protesters and also ordered their forces to deal with protesters by shooting to kill, terrorise or disperse them.

Gad Ahmed was also accused of seriously damaging the funds and interests of his directorate, as he failed to assess the situation wisely and ordered the use of force against protesters; he also deployed security forces to impede the protesters which led to a security vacuum.

However the court, led by counsellor Sobhi Abd el-Meguid, found the defendants not guilty of all charges, according to Al-Masry Al-Youm newspaper.