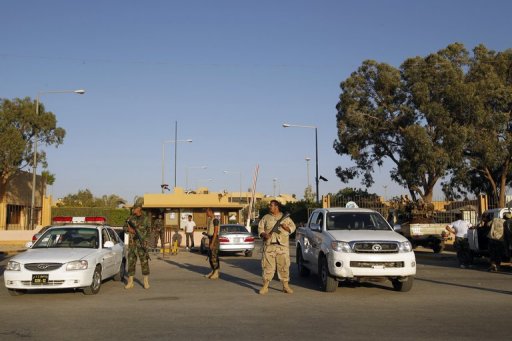 Unidentified men broke into the Libyan parliament building late Saturday night during a protest, prompting the security forces to shoot at them. Members of Parliament were evacuated, Egyptian state-owned news agency MENA reported. There have been no reported deaths thus far.

The incident came as hundreds of Libyans demonstrated in Tripoli, demanding the release of their family members who were kidnapped by organised gangs and pro-Gaddafi militias.

On Thursday, the Libyan parliament, the General National Congress, decided on a list of eight preliminary candidates for the position of prime minister.

One of the top candidates is Mahmoud Jibril who was prime minister during much of the civil war between rebels and former leader Muammar Gaddafi and is now leader of the Alliance of National Forces coalition that has a majority of parliamentary seats. Jibril did not run for a parliamentary seat himself, however.

Other prominent candidates include Awad El-Barasi who was nominated by the Libyan Muslim Brotherhood’s political wing the Justice and Construction Party. El-Barasi serves as Minister of Electricity in the current interim cabinet.

Another candidate, Mostafa Abu Shakur, also serves in the interim cabinet, he is deputy prime minister, and is also said to have ties to the Muslim Brotherhood, although he ran as an independent. Abu Shakur lived in exile in the United States for a long time before the Libyan Revolution due to his opposition to Gaddafi.

The candidates are now scheduled to present their platforms to the Congress before a planned voting session on 13 September.