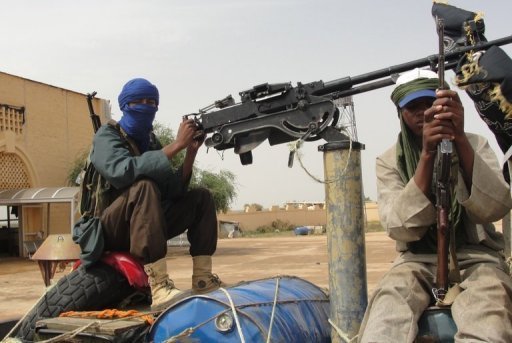 Malian security officials have claimed at least 14 people suspected of being Islamist fighters were killed when Malian soldiers fired on a vehicle being used by the fighters Saturday night, AFP reported.

The incident took place in Diabai, a small town in the Segou region. It is not immediately clear whether or not these people were in fact members of one of the various militant groups currently controlling northern Mali.

Northern Mali has been a hotbed for unrest since the region was taken over in a Tuareg-led rebellion. On Saturday a privately-owned Mauritanian news site, Sahara Media, published a video of four French hostages urging French President François Hollande to negotiate with their captors for their release. The hostages were taken nearly two years ago by members of Al-Qaeda in the Islamic Maghreb (AQIM) in Niger and transferred to northern Mali.

Last week, the Movement for Unity and Jihad in West Africa (MUJAO) assassinated an Algerian diplomat after talks with the Algerian government yielded no fruit. The diplomat was one of seven Algerian diplomatic staff members kidnapped in April from the Algerian consulate in Gao, northern Mali. MUJAO had demanded 15 million Euros and the release of three AQIM fighters captured in Algeria, in exchange for the consulate employees.

Since the north fell into rebel hands, the West African ECOWAS bloc has repeatedly called for regional intervention but would not act unless it was supported by the United Nations.

A military coup five months ago left a security vacuum in Mali. As a result of this coup, the Tuareg-led National Movement for the Liberation of Azawad (NMLA), along with the Islamist Ansar Dine group, managed to successfully bring most of north Mali under their control. Shortly after sweeping through northern Mali, Ansar Dine, AQIM and MUJAO wrestled most of the barren north out of the hands of the NMLA. Under their control, many reports from villages within northern Mali have surfaced showing summary executions for violating Islamic laws including theft, adultery and blasphemy.

The various Islamist groups in northern Mali share many common ideologies, and thus often cooperate with each other. Groups such as Ansar Dine and AQIM have ties with the global Al-Qaeda network and their control of northern Mali creates a potential safe haven for terrorist groups.