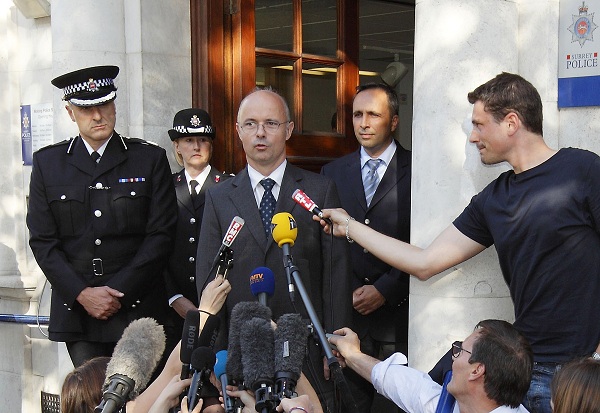 A young girl was found hiding under her dead mother’s dress eight hours after police cordoned off a quadruple homicide scene in the French Alps, while her sister was earlier found shot and bludgeoned nearby.

French police are investigating the murder of four people near Lake Annecy, two of whom are confirmed to be Iraqi-British citizens, a third who is a French cyclist and an as of yet unidentified elderly woman thought to be the mother of one of the Iraqi-British. The murders took place on Wednesday and the investigation has so far revealed that all four were killed by two shots to the head, indicating the murders were highly calculated.

The main targets are believed to have been Saad Al-Hilli and his wife Iqbal, 50 and 47 years old respectively. Al-Hilli was an aeronautics engineer, according to the Guardian, working for a firm known as Surrey Satellites. Al-Hilli was camping nearby Lake Annecy with his family at the time of the murder.

Al-Hilli, his wife and the unidentified woman, believed to be Iqbal’s mother, were all shot twice in the head inside their car. The cyclist, Sylvain Mollier, was murdered nearby, presumably after witnessing the events. Al-Hilli’s two daughters survived the encounter and are currently in hospital under police protection.

Al-Hilli’s daughters were found at the scene. Zeinab, seven, was found outside the car, with a bullet wound in her shoulder and serious injuries as a result of being bludgeoned. She was put into a medically induced coma and appears to be in a stable condition. Zeena, four, was found hiding under her mother’s dress eight hours after police had cordoned off the area. The girls were identified by their neighbours in the British town of Claygate. Two family members are currently in France, but their identity has not been revealed for security reasons.

The French police have played their cards close to their chest as they investigate several possible motives for the murders, including a possible family feud revolving around inheritance. The Annecy prosecutor leading the investigation, Eric Maillaud, told the media on Friday that “it was clearly an act of extreme savagery and it was obvious that who did this wanted to kill.”

Al-Hilli’s brother has denied the existence of a feud. However Maillaud said on Friday that the police will be looking into the life of the Al-Hilli family after a letter surfaced written by Al-Hilli to a childhood friend last year. According to the Huffington Post, Al-Hilli wrote to Mae Faisal El-Wailly, saying his brother was a “control freak” who had “tried a lot of underhanded things” when their father had been alive. The letter accused Al-Hilli’s brother of trying to seize control of their father’s assets, which led to a falling-out between the brothers. The letter was dated 16 September 2011.

British police have also joined the investigation, searching the home of the Al-Hilli family for clues that could shed light on the case.