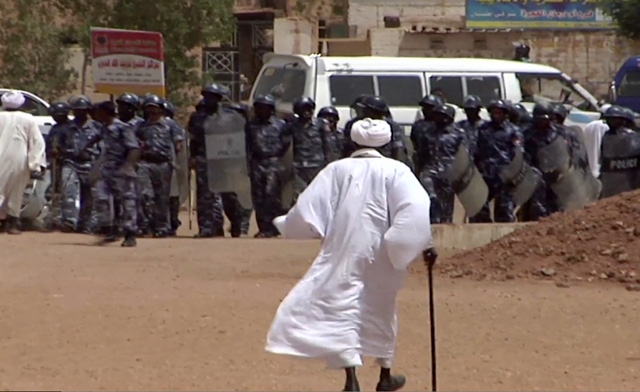 Clashes broke out between Sudanese army and rebels in western Darfur and in Kordofan state which borders South Sudan on Thursday according to spokesmen from both sides.

The clashes left dozens dead, according to Sudanese Military spokesman Al-Sawarmi Khalid, who said on Friday that 77 rebels were killed by the army on Thursday.

The Sudanese army is fighting the Sudan People’s Liberation Movement-North (SPLM-N); a rebel militant group engaged in an insurgency against the Khartoum Government and active in South Kordofan and the Blue Nile states which border South Sudan.

Khalid said the SPLM-N attacked a village in South Kurdofan called Hajr al-Dum, and that the armed forces moved to expelling the militants from the area. He added 45 rebels and 21 civilians were killed during the clashes, according to AL-Jazeera.

The SPLM-N had a different story. According to Reuters, the group’s spokesman Arnu Lodi said SPLM-N forces attacked an army position in Hajr al-Dum forcing all army troops from the area. Lodi said one soldier was killed and five were wounded during the clashes.

Continuing the conflicting statements, the Military spokesman told Sudanese television that the army repelled an attack by insurgents in the village of Aradib in north Darfur, killing 32 rebels in an action in which several soldiers were also killed or wounded, reported Al-Jazeera.

A spokesman of the Justice and Equality Movement (JEM), one of the biggest rebel groups in Darfur said that his group killed dozens of army soldiers to repulse an army attack on the village.

Adam added that the army also attacked the Tanga area in south Darfur, but claimed his group “dealt a major blow” to the Sudanese army and its militias in that area.

The media couldn’t independently verify any of the causality claims due to the restricted access to Darfur and South Kordofan, BBC reported.

Last year, the rebel groups in Darfur, south Kordofan and the Blue Nile states formed an alliance to overthrow President Omar al-Bashir. The government in Khartoum has repeatedly accused South Sudan of supporting the rebels, while the government in Juba, in turn blames Khartoum of backing rebels in South Sudan.

Sudan and South Sudan are currently holding talks in Ethiopia regarding border security. The United States criticised Khartoum for refusing a demilitarized zone and border monitoring mechanism proposed by African Union (AU). The US ambassador to the United Nations, Susan Rice told reporters that “Sudan risks the resumption of outright conflict,” reported AFP.

Her statement came after a security council meeting that aimed to seek ways to pressure the two states to sign a peace deal by 22 September.

The two states, which separated in 2011 after years of civil war, had failed to meet the original deadline set by the UN and the AU on 2 August to reach a peace agreement. The agreement is considered crucial after the two states came close to war In April over oil and border disputes.