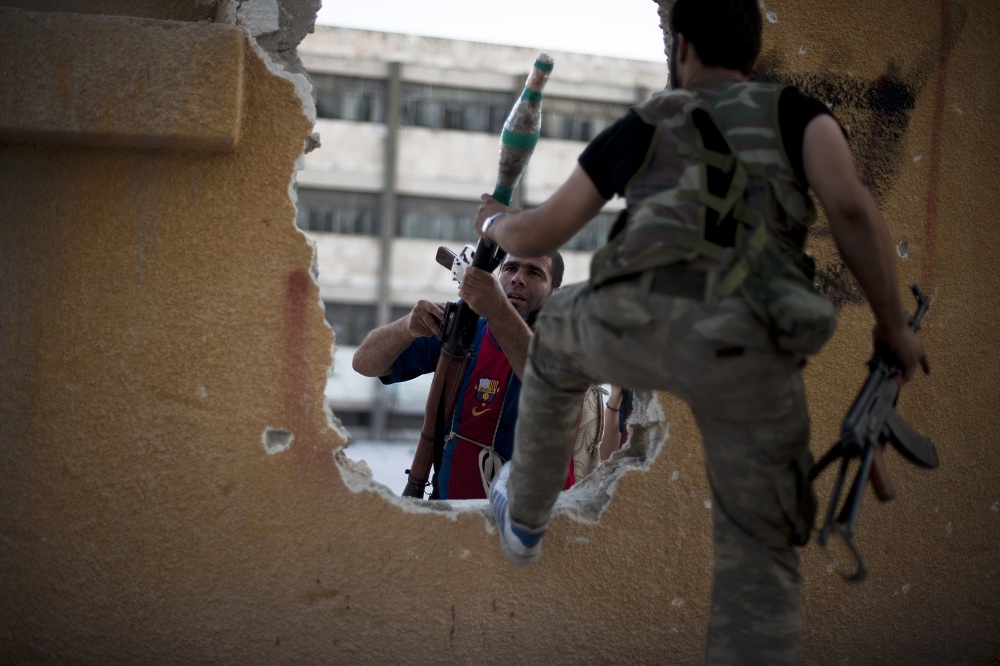 Salafi jihadist Mohammad Al-Shalabi, also known as Abu Sayyaf, threatened to attack the Syrian regime in a speech to a group of around 200 supporters protesting in front of the Jordanian prime minister’s office in Amman on Sunday, according to AP.

“From this podium, we declare jihad [holy war] against the wicked Assad, who is shedding the blood of our Sunni Muslim brothers in Syria,” AP quoted Abu Sayyaf saying.

Only hours after his statement that his “fighters are coming to get” Al-Assad, yet another car bomb exploded in Aleppo. Syrian state media blamed the attack on “terrorists”, its blanket term for Syrian rebels, and said 17 were killed in the attack and 40 more wounded.

No group has officially claimed responsibility for the bombing. Nevertheless, bombings, which have drastically increased in Syria only recently, makes western analysts fear an Al-Qaeda presence in Syria.

The AP cited a western diplomat monitoring the situation in Syria while based in Jordan who claims that at least a hundred foreign fighters are operating within Syria. Al-Qaeda jihadist militant are Sunni Muslims, just like the rebels fighting Al-Assad who himself is an Alawite, an offshoot sect of Shi’a Islam.

Abu Sayyaf has strong links to Al-Qaeda and is believed to have helped produce several militant groups with Al-Qaeda affiliations in the 1990s. He himself has plotted to attack air bases hosting United States trainers in Jordan in 2004, and was consequently jailed for seven years, according to the AP.

In June, two members of Abu Sayyaf’s jihadist group were arrested by Jordanian police at the Syrian border, supposedly as they were attempting to enter Syria, AP reported.

Most other jihadist fighters operating in Syria are believed to cross from Iran, where Al-Qaeda has a strong presence. They are believed to be the same jihadists who fought United States forces in Iraq and Afghanistan.