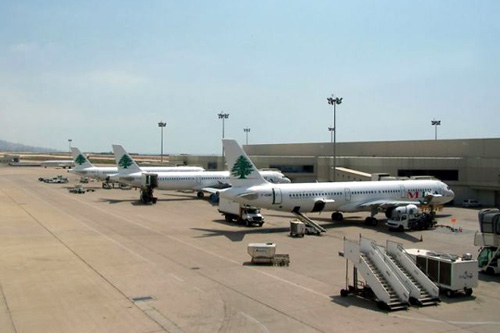 Egyptian psychiatrist Mohamed Magdy Al-Hamshari was arrested on Saturday at the Rafiq Hariri Airport in Beirut, the Egyptian Embassy in Beirut said. Al-Hamshari is currently under military investigation after being found with satellite communications equipment used in the event of network outages.

The device is used to obtain internet connection via satellite communications and is legal in some countries. However, Lebanese authorities do not permit the instrument inside the country.

“The situation is very sensitive now and I can’t say much about the investigation,” said Margaux Khattar, Al-Hamshar’s lawyer dispatched by the embassy to defend Al-Hamshari.

The organisation Tahrir Doctors released a statement in response to Al-Hamshari’s detention. “It is with much shock and deep sorrow that the Tahrir Doctors received news of the arbitrary detention of their colleague psychiatrist Dr Mohamed Al-Hamshari by an Arab country and his subjection to a military trial at a time he was returning from a humanitarian mission for our brotherly victims in Syria.

“We demand the Lebanese authorities for the immediate release of Dr Mohamed Al-Hamshari and the humanitarian communication devices in his possession,” the statement added.

Tahrir Doctors also said they contacted the Egyptian Medical Syndicate on Sunday, who will reach out to the Egyptian embassy in Lebanon and the Foreign Ministry.

Former presidential candidate Abdel Moneim Abul Fotouh, who is also Secretary-General of the Arab Doctors Union, also released a statement concerning the matter. “In a time when we are keen on good and balanced relations with all Arab countries, including the dear Lebanese state… we find this procedure an abuse of those relationships and an infringement of the basic principles of human rights,” the statement read.

“Al-Hamshari was arrested for having devices used for humanitarian issues,” stressed Dr Ahmed Farouq, spokesman of the Tahrir Doctors, “and he should be released.”

According to Farouq, Al-Hamshari worked in field hospitals in Tahrir Square during Egypt’s revolution last year, treating those injured in clashes with police.

Military trials are occasionally used for civilians in Lebanon. In April, 19 Egyptians in Beirut faced a military tribunal after a group of Egyptian workers protested and attempted to attack the Egyptian embassy.