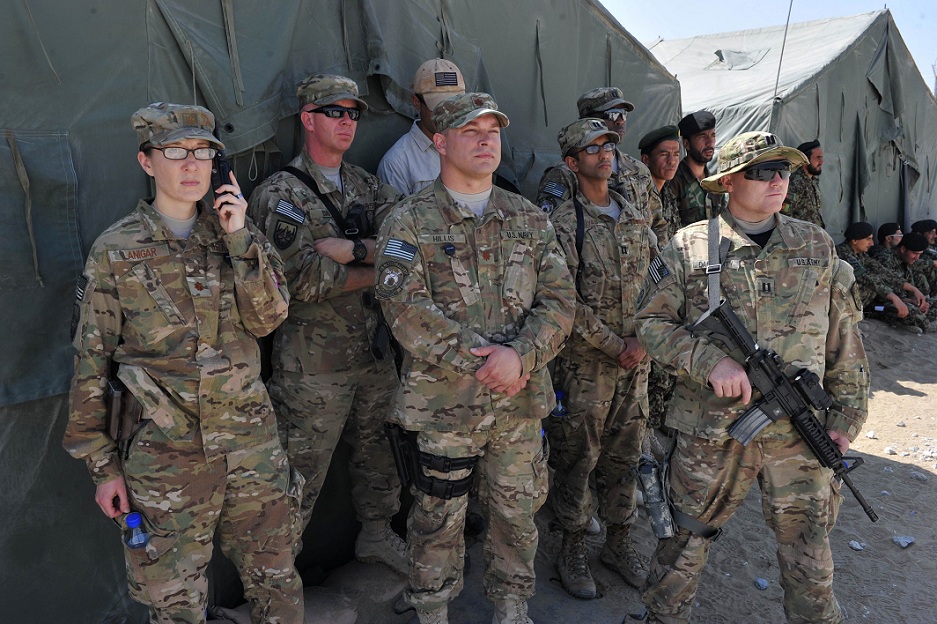 American troops in Afghanistan handed over control of controversial Bagram prison on Monday, signaling another phase in the NATO withdrawal. Afghanistan confirmed on Monday they had assumed control of the infamous prison, home to some 3,100 inmates, but the fate of hundreds of inmates is still being discussed, AFP reported. On 9 March the United States and Afghanistan signed a memorandum of understanding to transfer the prison to Afghan control within six months on condition that the US could veto prisoner releases.

The ceremony on Monday largely a formality, as Afghan authorities had already taken control over most of the prisoners arrested before the 9 March agreement. “We are telling the Afghan president and the Afghan people that today is a proud day,” said Afghan army general Ghulam Farouk, the new head of the prison, during the ceremony.

The handover was part of the US and NATO exit strategy and discussions between US and Afghan officials on the fate of several prisoners meant that the handover process was delayed. The US was reluctant to hand over complete control of the prison without retaining oversight of prisoner releases. As part of the agreement, the US government also retains the right to screen and hold newly detained Afghans, and 50 foreign prisoners not covered by the agreement will remain indefinitely under the control of the US within the base.

The exact number of prisoners which the US still holds in Bagram is unknown but the Guardian estimates the number to be in the hundreds. The Bagram prison was the only large-scale prison run by the US in Afghanistan and holds several Taliban fighters and terror suspects.

The prison, also known as the Parwan Detention Facility, was the site of several controversial events which negatively impacted US-Afghan relations. In 2004, an army investigation revealed the death of two prisoners in 2002 was a result of excessive use of force by American guards. Investigation stated the prison directly violated the rights of the detainees through torture, humiliation and death. Officially, the prisoners are referred to as “unlawful enemy combatants,” rather than prisoners of war. This distinction in actuality means that the prisoners do not have their rights guaranteed by the Geneva Convention, but fall rather under domestic law.

Earlier this year, hundreds of Qurans and other religious materials were taken from the prison library and burned, triggering a wave of anti-US protests across the country, culminating in attacks that left six US soldiers dead. The incident also triggered a global backlash, which further strained already fragile relations between Afghanistan and the US.