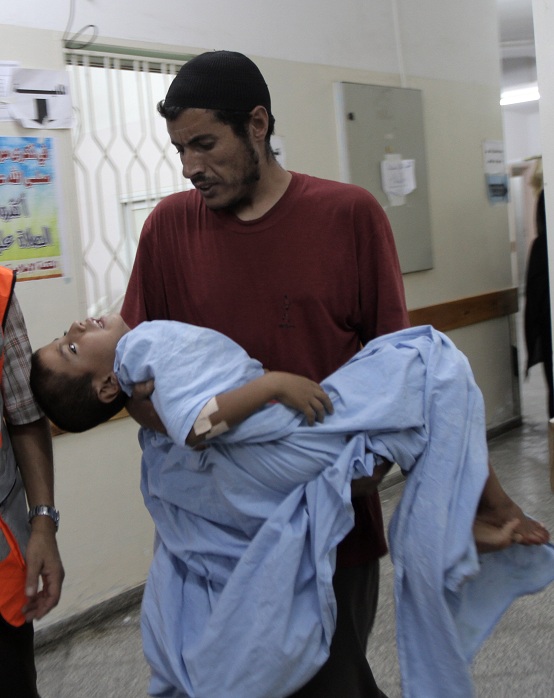 Air raids were launched against the Gaza Strip in the early hours of Monday morning, injuring four, including two children, according to the independent Palestinian news agency, Ma’an.

The raids targeted several locations in the 40 kilometre long strip, including an area close to a smuggling tunnel and a military training site of the Ezzedine Al-Qassam Brigades, the military wing of Hamas, according to Ma’an.

It added that it will not tolerate “terror attempts” that target Israeli civilians and soldiers adding that all “terror” coming out of the Gaza Strip is the responsibility of Hamas which was described in the statement as a “terror organisation”. The statement claimed that the airstrikes were a direct response to rockets fired by Hamas which damaged two homes.

Rockets were fired from Gaza to Netivot and Beersheba on Saturday morning. The rockets injured seven and destroyed buildings, according to The Jerusalem Post. Four of the injured suffered from shock.

An IDF spokesperson announced on Sunday that the army had cancelled school for over 40,000 children in Beersheba because of the “heavy threats to the lives of Israeli civilians.”

Last week, Israel conducted strikes against Gaza, killing six alleged militants who were said to be preparing rockets bomb attacks, according to the BBC. Israel said it foiled their planned terrorist attacks. The six died in two separate attacks hours apart. Three were killed by gun fire in the first attack and three in an air raid targeting central Gaza.

The air strikes came against a background of recent statements by the Israeli Defence Minister who said that if the government orders it, the army could conquer and control the Gaza Strip, The Jerusalem Post said.

The Israeli army withdrew from the Gaza Strip in 2005, as part of former Prime Minister Ariel Sharon’s unilateral disengagement plan. Following legislative elections in Palestine in 2006, which included the West Bank and the Gaza Strip, Hamas won over half the seats with 74 of the 132 seats in the legislative body, while Fatah gained control of 45 of the seats.

Hamas formed a Palestinian Authority unity government but it collapsed following an armed conflict between Fatah and Hamas which eventually gave Hamas control of the Gaza Strip. After gaining control of the strip, Gaza was besieged by Egypt and Israel, resulting in a humanitarian crisis.