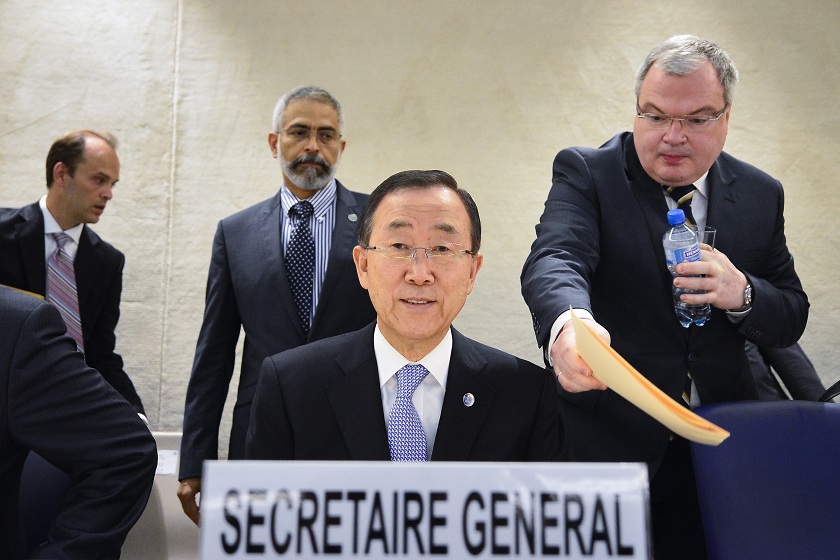 Geneva (AFP) – Those responsible for attacks on UN observers in Syria must be brought to justice, UN rights chief Navi Pillay said Monday.

“We must make our utmost possible efforts to ensure accountability for all perpetrators, including those who have attacked UN observers in Syria,” Pillay told a meeting of the Human Rights Council.

The UN Supervision Mission in Syria (UNSMIS) on Saturday suspended its operations two months into its three-month mandate, blaming the intensifying violence threatening the 300-strong force.

A UN convoy trying to reach Al-Haffe town last week came under fire and was forced to turn back by a stone-throwing crowd.

Pillay, addressing the council at the opening of its 20th session, said bombardments carried out by the Syrian government constituted crimes against humanity.

“The government of Syria should immediately cease the use of heavy armaments and shelling of populated areas, as such actions amount to crimes against humanity and possible war crimes,” she said.

Pillay has previously stated that crimes committed in Syria during the regime’s 16-month crackdown on dissent should be considered for referral to the International Criminal Court in the Hague.

More than 14,400 people have died in the uprising against the regime of President Bashar al-Assad, according to watchdog the Syrian Observatory for Human Rights.

Leader of the UN mission in Syria Major General Robert Mood said the observers “will not conduct patrols and will stay in their locations until further notice,” citing the force’s inability to carry out its duties.