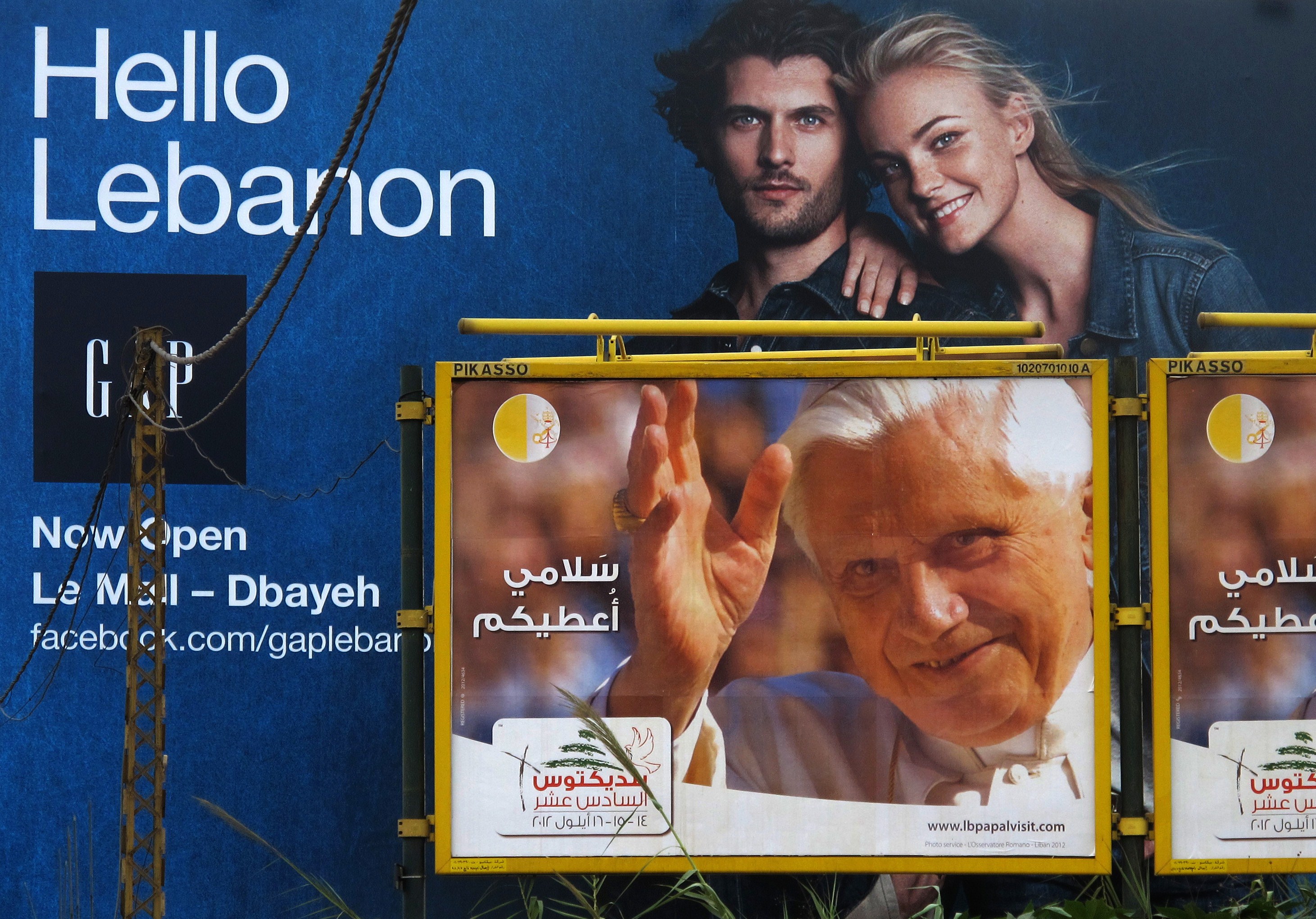 The Pope of the Catholic Church, Benedict XVI, will take part in a three-day visit to Lebanon starting this Friday. The 85 year-old pontiff will make the trip on the occasion of the signing and publication of the Post-Synodal Apostolic Exhortation, a formal type of communication from the Papal Seat.

Benedict told pilgrims at his summer residence at Castel Gandolfo near Rome that he saw his trip to Lebanon as a “pilgrimage for peace” for the entire region and its people, according to the Associated Press.

“I am not unaware of the often dramatic situation endured by the populations of this region which has been for too long torn by incessant conflict,” he added, “I understand the anguish of many Middle Easterners steeped daily in sufferings of every kind, which afflict sadly, and sometimes mortally, their personal and family life.”

The Catholic Pope is scheduled to visit St. Paul’s Basilica in Harissa, a pilgrimage site north of Beirut, to sign the exhortation before meeting with government ministers, religious leaders, and civil society organisations. On his final day in Lebanon he will hold mass at the Beirut City Center waterfront.

Pope Benedict’s last visit to the region came in 2009 when he visited Jordan, Israel, and the Palestinian Territories. During that visit, he advocated peace and cooperation between Israelis and Palestinians. His 2009 visit was the first and only trip to the region since his ascension to the Papal Seat in 2005.

The deceased Pope John Paul II conducted the last pastoral visit to Lebanon in 1997. His other trips to the Arab world included Egypt in 2000 and Syria in 2001.

Most of Lebanon’s Christians, who make up roughly 35 percent of the country’s population, belong to the Maronite Church, an Eastern Catholic Church that enjoys close relations with the Vatican. Despite having relatively large autonomy over liturgical and hierarchical affairs, the Maronite Church recognizes the authority of the Church in Rome and is in full communion with the Roman Catholic Church.