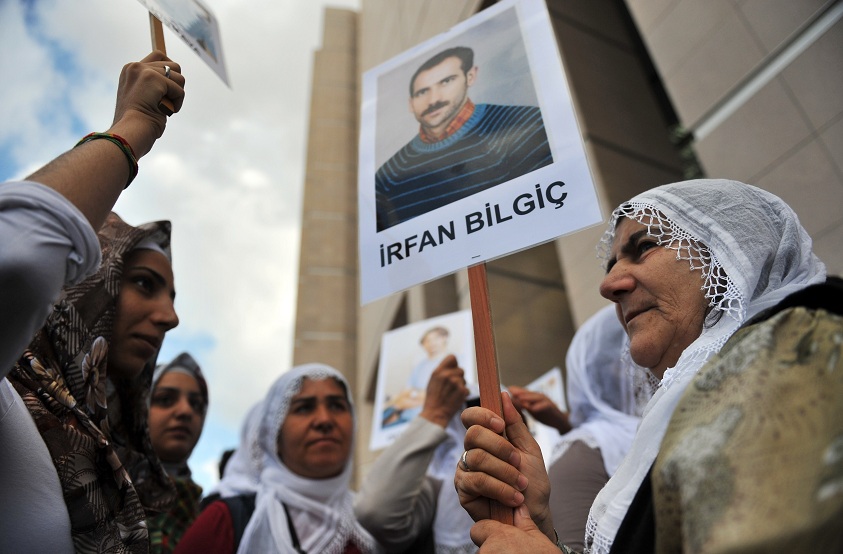 A trial began in Istanbul on Monday for the 44 Turkish journalists accused of being a part of the outlawed Kurdistan Workers Party (PKK), designated as a terrorist organisation by Turkey, the US, and the EU. The trial is the biggest media case Turkey has ever faced, raising concerns amongst various human rights groups on the state of political and press freedom in Turkey and the protection of minority communities.

Emma Sinclair-Webb, Turkey researcher for the Human Rights Watch, said that the trial is part of a clampdown on Kurdish political activism and media. “This is particularly focused on the Kurdish opposition,” Sinclair-Webb said on phone with the Daily News Egypt. “There is intolerance towards dissent of different kinds but in terms of numbers, the Kurdish contingency is by far the largest.”

Since 2009, thousands of politicians, academics, trade unionists and journalists sympathetic to the Kurdish situation have been arrested and thrown in jail following accusations made by the Turkish government of links with the PKK. International Crisis Group reported 800 people, of which at least 500 were PKK fighters, 200 security personnel, and 85 civilians, have been killed as a result of escalated violence since June 2011.

The 44 journalists face sentences of between seven and 20 years in jail, should they be found guilty. The Solidarity Platform for Arrested Journalists claims 36 of these journalists have been held since December last year while another 46 journalists are in prison awaiting trial in other cases. The 44 journalists are held under accusation that they belong to the Union of Kurdistan Communities (KCK), the urban wing of the PKK, according to the state.

Statements were given in Kurdish, the native tongue for most of the defendants, but the judges refused to acknowledge them. “Using your mother language is like breathing. Should permission be sought when taking a breath?” Reuters quoted a defendant Yuksel Genc, who read the only testimony given by a defendant in Turkish.

The trial is set to proceed over the next few days. Sinclair-Webb believes the trial will drag on for a long time and is sceptical about the outcome, due to the way other such trials have progressed. “There has been very little progress with the KCK trials so far,” she explained. The largest KCK-related trial currently ongoing has been going on for years. “There are 162 defendants on trial in the main KCK trial but no real progress had been made,” she explained.

Armed conflict between the Turkish government and the PKK goes back to their inception in the 1970s. In 1979, members of the PKK carried out a failed assassination attempt on a Kurdish tribal leader Mehmet Celal Bucak for having alleged ties with the Turkish government and exploiting his people. Following the Turkish military coup in 1980, the government began cracking down on the group, arresting several members and forcing others to flee Turkey. The group also stepped up their paramilitary activities, carrying out the 1980 bombing of the Turkish consulate in Strasbourg, setting up training camps and launching attacks on Turkish military targets.