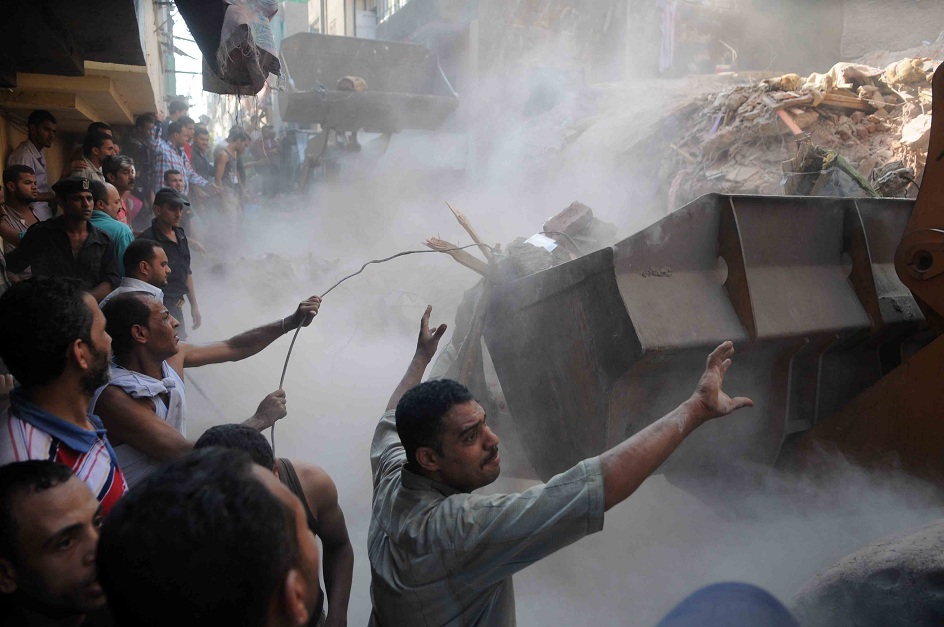 Rescuers continued to look for people in the rubble of a collapsed building in the Sahel neighbourhood of Shobra on Wednesday afternoon, killing eight and injuring eleven.

Chief of Civilian Protection Major General Abdel Aziz Tawfiq, told MENA that the collapsed building was a four-story structure on Mohamed Ali Diab Street, off Al-Gesr Al-Bahar Al-Sahel street. Eight people were killed and eleven were recovered from the rubble and sent to Nasser Institute and Al-Sahel hospitals for treatment.

Two buildings also collapsed in Alexandria in July. The first collapse claimed the lives of 20 people, while the second killed a mother and her two daughters.

Lack of enforcement of construction regulations presents itself as a major problem in Egypt, where according to Hassan Allam, who is the head of Egypt’s Building Inspectorate; over two million buildings over the past four years have violated regulations.

The dead bodies were transferred to Nasser Institute hospital, where forensic authorities and the prosecution office inspected them.