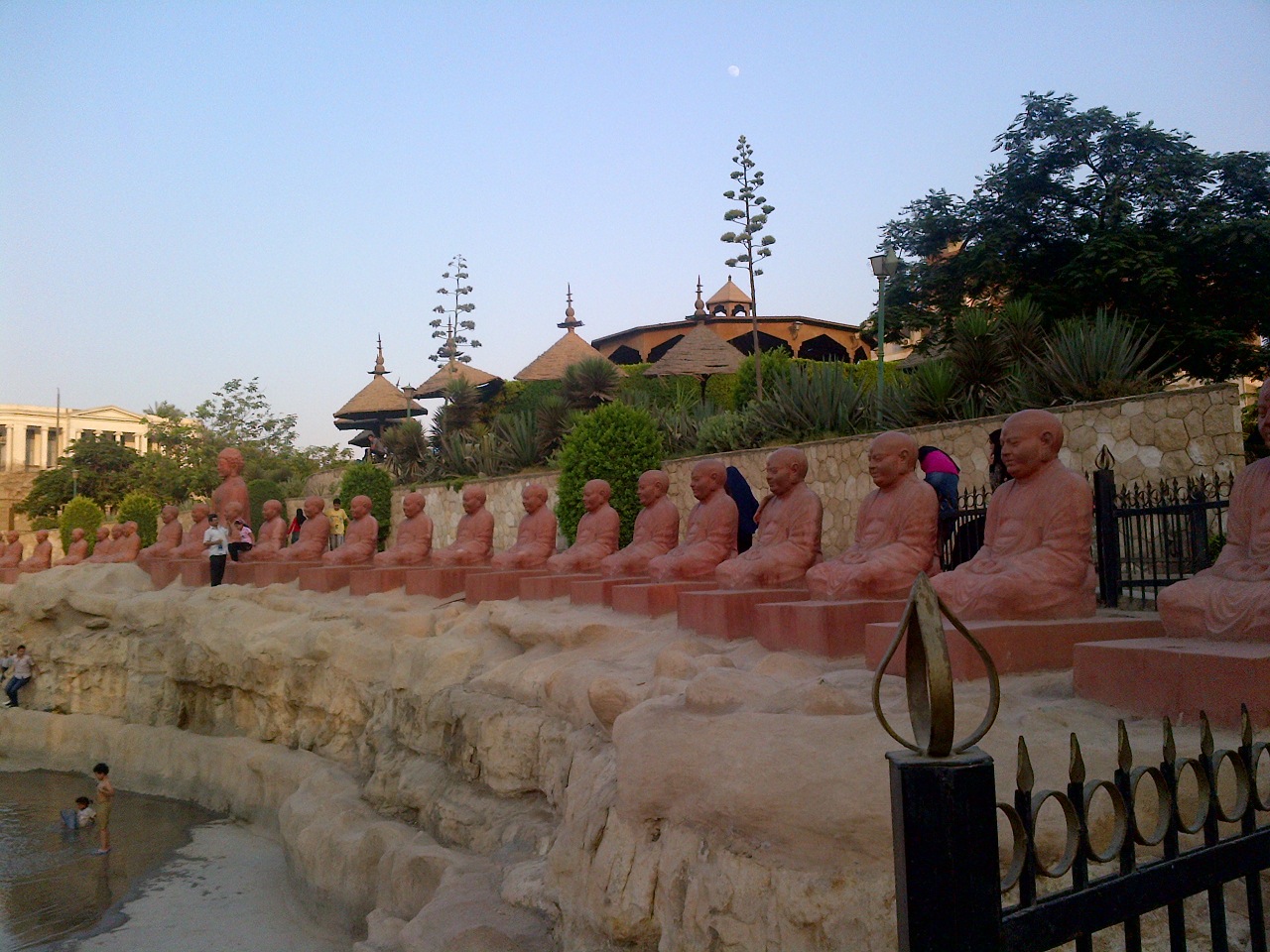 If you get off at the last metro station on the Helwan line, you will come across a big market where screaming street vendors, honking cars and smells from the numerous food places will overwhelm your senses. A few blocks away, however, is the oasis of calm of one of Egypt’s best hidden and sadly most neglected parks.

The Japanese Garden in Helwan was constructed in 1917 and has no direct relation to Japan itself. The garden was laid out as a gift from Zulfuqar Pasha to Sultan Hussein when Helwan and its natural springs was still a winter getaway for the Cairene elite.

The garden is unlike any other in Egypt; it has beautiful arbors, Japanese architecture, fish ponds, and little statues of Buddha surrounding an artificial lake. Though the lake has long since dried up, the beautiful image of the statues counteracted by a dilapidated building in the background still provides a beautiful, albeit melancholy, visual pleasure.

The garden is at its best in spring when the trees are in full bloom. Beware of the noisy children though, who can quickly turn the already neglected garden into a litter fest. Weekdays are your best bet, though you will have to share some space with the token couple here and there.

In the middle of the garden, an elevated area provides a panoramic view of both the garden and the surrounding area. Unkept trees obstruct the stairs on the way up but this only adds to the atmosphere. In some ways, going to the garden feels like an act of exploration. After all, how many visitors does it still get from nearby Cairo?

The garden was renovated recently with some help from the Japanese embassy, but the project has been and still is an Egyptian endeavor, and it is still managed by the state. Though the garden leaves much to be desired, at the very least, it is not in any immediate danger of disappearing. Other parks, like the Azbakeya Park, are in more urgent need of improvement and Azbakeya has seen some recent attention in ongoing campaigns to save it from the damage it has suffered through Cairo’s metro extensions.

The Helwan Japanese Garden is only ten minutes away by metro from Maadi and then a couple of minutes of walking to the Garden itself. It is waiting to be discovered and the price of admission is only EGP 2.