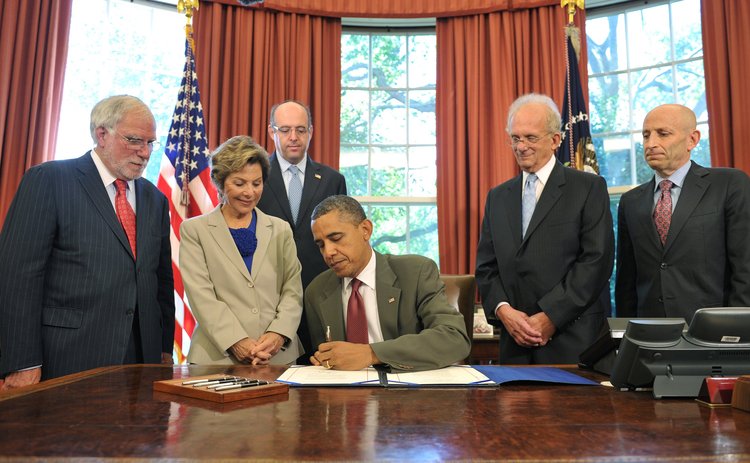 The White House released a statement late on Tuesday denying discord between United States President Barack Obama and Israeli Prime Minister Benjamin Netanyahu, following news reports that the president was refusing to meet his Israeli ally because of tensions over Iran, Reuters reported.

The statement said Obama and Netanyahu talked on the phone for more than an hour about Iran and other security issues.

“President Obama and Prime Minister Netanyahu reaffirmed that they are united in their determination to prevent Iran from obtaining a nuclear weapon, and agreed to continue their close consultations going forward,” the White House said.

White House spokesman Tommy Vietor said “they’re simply not in the city at the same time.”

However, Israeli officials told The Jerusalem Post on Tuesday that Israel requested a meeting for his upcoming visit to New York and the request was denied due to Obama’s tight schedule. This would be the first time Netanyahu visits the US without meeting Obama since he took office in 2009, the paper reported. Netanyahu is expected to meet other top US officials in New York, including Secretary of state Hillary Clinton.

The two countries are at odds on how much time to give for a possible diplomatic solution to end Iran’s suspected nuclear weapon bid, whether a military strike could neutralize Iran’s programme and, if so, whether such a strike should be undertaken by Israel or the US, Reuters reported.

For weeks, Netanyahu has asked for “red lines” to be established to pressure Iran to halt its nuclear programme, saying that this was one way to avoid the need for other action, reported The Jerusalem Post.

Secretary of state Hillary Clinton and State Department spokeswoman Victoria Nuland gave statements on Sunday and Monday respectively saying that the US had no intention of putting red lines or deadlines for Iran. On Tuesday, US Defense Secretary Leon Panetta said that the US has more than a year to stop Iran if it decided to make a nuclear weapon.

On Tuesday, Netanyahu said in a joint press conference in Jerusalem with Bulgarian Prime Minister Boyko Metodiev Borisov that those who don’t place “red lines” in front of Iran have no moral right to put a “red light” in front of Israel when it comes to military action, reported The Jerusalem Post.

In the same context, Israeli Defence minister Ehud Barak said that his country has the right to take action on its own, “Israel reserves the right and the responsibility to make decisions, as necessary, with respect to its security and future, and the US respects this.”

He added that despite the common purpose between US and Israel on Iran, there were differences that are best dealt with behind closed doors while assuring that Israel had to maintain its critical partnership with the US and do everything not to harm it.

On the international level, United Kingdom Foreign Secretary William Hague told Reuters the UK gave clear advice to Israel that it was against any attack on Iran in these circumstances. He described sanctions as “better than any other approach that is available to us”.

Hague also told Reuters that the European Union is putting together new sanctions on Iran, “we are working on those sanctions … quite urgently and I hope we will be able to discuss them further when we meet again in the middle of October.”