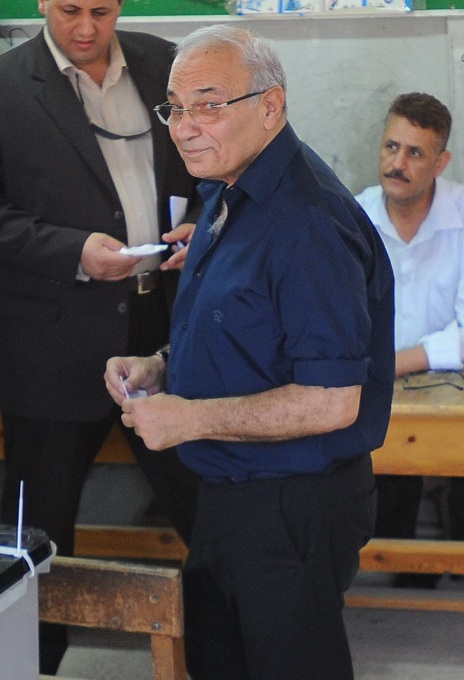 The former presidential candidate, who was also former President Hosni Mubarak’s last prime minister before, is currently residing in the United Arab Emirates where he moved two days after he lost the election to President Mohamed Morsy.

Shafiq has been placed on an arrivals watch list at all Egyptian airports.

“The investigative judge decided to put General Ahmed Shafiq’s name on the watch and travel ban lists based on investigations over his illegal allocation of 40,000 square metres of land […] to Alaa and Gamal Mubarak,” Judge Osama El-Seidy said in a statement.

He is accused of profiteering, helping Mubarak’s sons Alaa and Gamal seize over 40,000 square metres of public land in the Bohayrat Al-Murra region of Ismailia illegally, forging official documents, and seizing public funds.

The land Shafiq is accused of helping the Mubarak sons seize was originally owned by a housing association for air force pilots of which he was chairman. Shafiq is a career air force officer and eventually retired as an Air Marshal and Commander of the Egyptian Air Force.

Mubarak was also a career air force officer and one time Commander of the Air Force, reaching the rank of Air Chief Marshal, which Shafiq argued on the talk show Al-Ashera Masa’an on Dream TV made the former president and his sons eligible for the land. He did not deny Gamal and Alaa acquired the land but said it was not illegal and that he was not the one who sanctioned the deal.

Sahfiq’s lawyer, Yehia Qadry, denied that he was wanted by Interpol and said his client would not return to Egypt “to be humiliated in prison” until it is time for his trial. He insisted Shafiq would get acquitted in absentia.

Shafiq is currently in the Emirati capital Abu Dhabi. Egypt does not have an extradition agreement with the Gulf state.