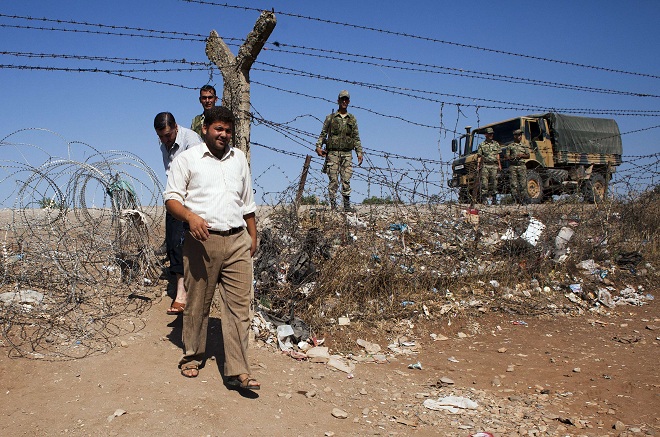 “These people have lived in a specific area for hundreds of years and have their own culture or dialect and we have to recognise that.” Ayhan said the elderly and the frail, as well as children, would be considered for relocation as the border area is known for being extremely hot.

Currently the United Nations estimates over 250,000 people have sought refuge outside of Syria due to the ongoing violence.

Fighting intensified in Syria’s economic capital of Aleppo on Wednesday, as Syrian soldiers and opposition fighters engaged near Aleppo’s international airport, AFP reported. It is currently unclear whether the battle, a mere five kilometres from the airport, was part of a rebel offensive to gain control of the airport. At the time of publication, details of causalities were unavailable.

In recent weeks military airfields have been targeted by opposition fighters operating under the banner of the Free Syrian Army who are trying to curtail the government’s air superiority. The Syrian Observatory for Human Rights (SOHR) claimed the Aleppo airport remained operational but the claim was not independently verified.

According to AFP, four Armenian Syrians were killed, while another 13 people were wounded on the road from the airport, but the incident is believed to be separate from the clashes that were occurring close to the airport. These attacks follow a night of heavy offensives by the army in various southern districts, SOHR claimed.

The violence on Wednesday was not restricted to Aleppo. SOHR reported government shelling in the village of Latamneh, in Hama province, which allegedly left a boy and a girl dead, with dozens of civilians wounded. Syria’s seventh largerst city, Deir Ezzor, was also reportedly shelled, while airstrikes carried out in the town of Albu Kamal near the Iraq border left an unspecified number of casualties.

On Tuesday, opposition fighters reportedly attacked several army checkpoints in Idlib and the SOHR reported 138 people were killed during the day. Daily News Egypt was unable to verify the reports.