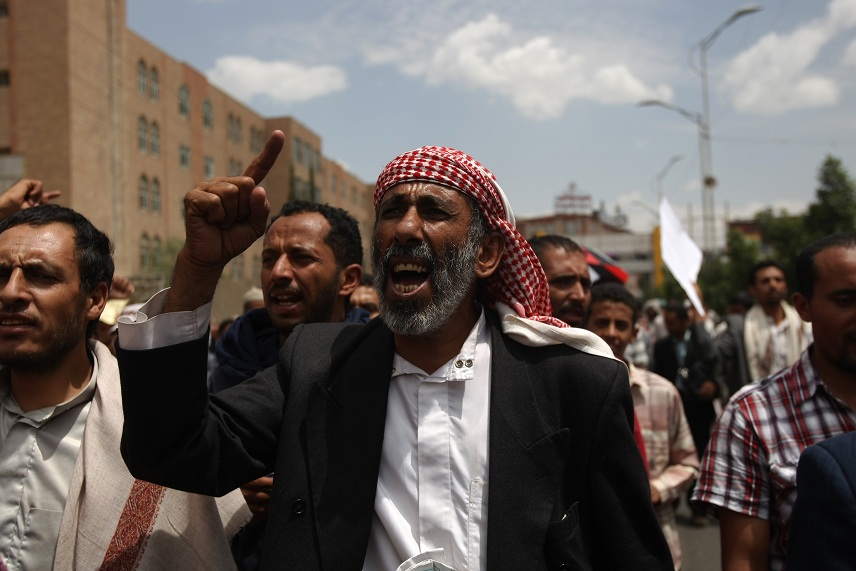 The new round of reshuffles followed a car bomb explosion next to defence minister’s motorcade as he departed a cabinet meeting on Tuesday. At least 12 people, including five civilians, were killed but Major General Muhammad Nasir Ahmad, the minister of defence, survived thanks to his armoured vehicle.

Nobody claimed immediate responsibility for the attack, but fingers were pointed at Al-Qaeda as the assassination attempt came only a day after the Yemeni military announced killing Sa’id Ali Al-Shihri, the deputy leader of Al-Qaeda in the Arabian Peninsula (AQAP).

Tuesday also witnessed massive protests in the capital Sana’a, as demonstrators demanded a fair trial for the ousted Saleh for alleged crimes ranging from corruption crimes to killing his people during the 2011 Yemeni uprising, according to Reuters. It was the largest protest in the country since Saleh ceded power in February, when over 200,000 protesters demanded his resignation, AFP reported.

Saleh resigned according to a United States and Saudi-brokered deal which left him immune against prosecution. He was then replaced by president Al-Hadi, Saleh’s vice president, who was elected in presidential elections in which he was the only candidate.

Since taking power, Al-Hadi had been attempting to purge all Saleh’s top loyalists. He had already replaced the air force chief, a post which was held by Saleh’s brother, according to Reuters.

Al-Hadi also made new appointments at the Ministry of Oil and Minerals and Ministry of Education, where Ahmed Dares was appointed as minister to the former and Hesham Sharaf to the latter, according to Yemeni state-owned Saba news agency.