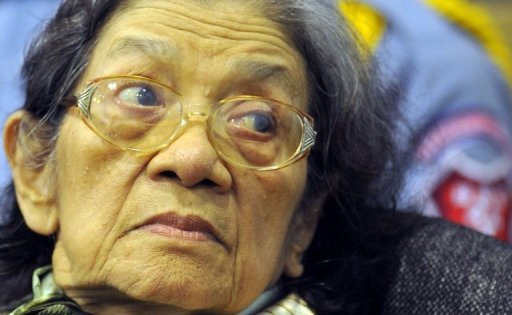 In Cambodia on Thursday, the former Khmer Rouge ‘First Lady’ was deemed unfit to stand trial for the genocide carried out during her regime’s five-year totalitarian rule. The decision to free one of the most notorious remnants of a brutal regime which was responsible for the deaths of nearly a quarter of all Cambodians between 1975-1979 has undoubtedly left thousands of survivors and families distressed.

The decision to free 80 year-old Ieng Thirith comes as the UN-backed Extraordinary Chambers in the Court of Cambodia (ECCC) ruled she was unfit to stand trial on the grounds that she suffers from a degenerative illness, believed to be Alzheimer’s Disease, which significantly diminishes one’s mental faculties.

“There is no prospect that the accused can be tried in the foreseeable future,” the tribunal said. “Experts have confirmed that all treatment options have now been exhausted and that the accused’s cognitive impairment is likely irreversible.” The tribunal did stress that the decision to let Thirith go was based on her incapacity to stand trial fairly, and that her acquittal was not a judgement on guilt.

Under the Khmer Rouge, Thirith was the minister for social affairs and was the most senior female figure, being the sister-in-law of the late Khmer Rouge leader, Pol Pot. Pot carried out massive reforms in all levels of Cambodia’s society, which centred around self-sufficiency and the removal of perceived capitalist foreign influences.

Under the Khmer Rouge, schools and hospitals were shut down, and Cambodians were relocated to communes, much like China’s reforms under Mao Tse-tung. Shortly after coming to power in 1975, the Khmer Rouge began purging the country of so-called foreign ills, and many intellectuals were killed while families were scattered as the regime forced people to work in agriculture. During their brief reign they outlawed all forms of religion, abolished banking and currency as a whole, created a massive famine responsible for the deaths of hundreds of thousands of people, and implemented catastrophic ethnic cleansing campaigns.

By the time the Khmer Rouge were expelled from Cambodia by the Vietnamese, who invaded in retaliation for a failed attack on their land, millions of people had been burnt, raped, tortured, humiliated, displaced and murdered.

The reform programs of the Khmer Rouge are believed to be responsible for anywhere from one to three million deaths in just four years. Thirith faced charges of involvement in the “planning, direction, coordination and ordering of widespread purges,” and was charged with crimes against humanity, genocide, homicide, torture, and religious persecution.

Thirith has maintained her innocence, claiming that her widespread reforms worked for the benefit of the people. The people who benefited from those bloody years were obviously not the general population, but the small elite of well-educated, rich families fighting the very system from which they had prospered. Her acquittal is not surprising given her medical condition and the rule of law, but the absence of blame being laid officially on those directly involved with the massacres, is a knife in the back of those seeking justice.