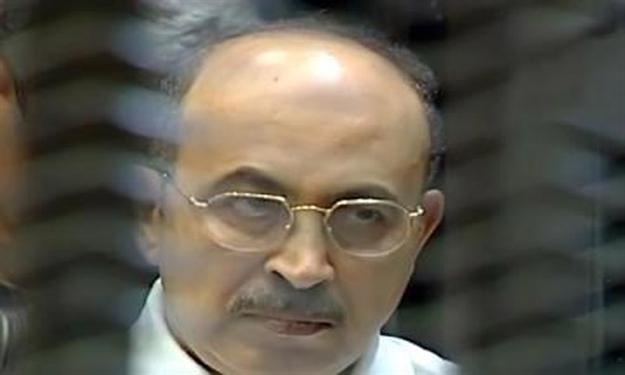 In the first session of his trial on Thursday, the Giza criminal court released Hassan Abdel Rahman. The trial of the former chief of state security and important aide to former minister of interior, Habib Al-Adly, accused of destroying state security documents was postponed till the tenth of November, according to state-owned news agency MENA.

Abdel Rahman’s lawyer requested that his defendant be released and for the trial to continue while he was out of custody. Rahman has already spent 18 months in precautionary confinement, as was reported by state-owned Al-Ahram. MENA reported Abdel Rahman’s declining health status to be the reason for his release.

“I believe it is a legally correct decision” human rights lawyer, Ahmed Seif Hamad, said “there is a maximum period of time which can be spent in precautionary confinement; it is two years. If Abdel Rahman has neared this period, it is only logical he is released.”

Hamad also mentioned that that’s not the first time such a decision was made, adding that defendants in the Zaitoun cell case, a group accused of attacking Copts and tourists, were also released pending trial.

“The release is by no means related to the final verdict” Hamad assured.

Alongside 41 other ex-security leaders, Abdel Rahman is being tried for burning and damaging documents which belonged to the now dissolved state security body. The general prosecutor also accused them of inciting and facilitating others to burn documents, which cost the body important information related to Egypt’s national security.

All the defendants denied the accusations during Thursday’s trial.

Abdel Rahman had already been acquitted on the second of June, 2012 in the case of his complicity in murdering the protesters of the January revolution. He was tried alongside other figures of the ousted regime including Hosni Mubarak and Habib Al-Adly.