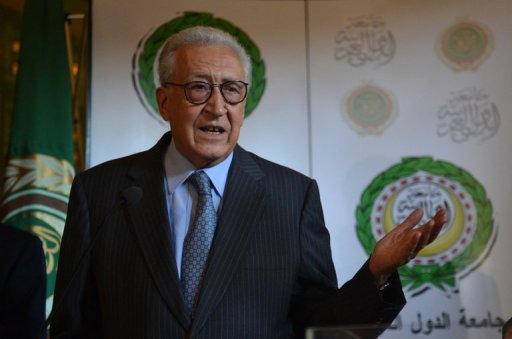 As part of his activities during his first visit to Syria, United Nations and Arab League joint peace envoy Lakhdar Brahimi met Syrian president Bashar Al-Assad in Damascus on Saturday, amid ongoing violence taking over the country, where 160 people were killed on Friday and 190 on Thursday upon Brahimi’s arrival, according to the British-based Syrian Observatory for Human Rights.

“We discussed the Syrian crisis and I repeat, this crisis is very dangerous,” Brahimi was quoted by Reuters. He furthermore added that the “crisis” does not only pose as a threat to Syria and the region, but to the whole world as well.

The Syria envoy also met with representatives of the Syrian opposition on Friday, National Coordination Committee for Democratic Change.

“We told Mr Brahimi… of our support for his efforts to resolve the crisis by ending the violence and killings, providing medical care and releasing political prisoners,” Reuters quoted the committee’s spokesperson Hassan Abdel Azim saying.

He also met with Russian and Chinese diplomats on Friday. Russia and China have together vetoed three Security Council resolutions aiming at imposing sanctions on Al-Assad.

Brahimi, arrived in the capital Damascus on Thursday, in his first visit to the conflict-torn country since he took up the post in the beginning of September.

“We are confident that Mr Brahimi understands the developments and the way to solve problems despite all the complications,” Deputy Foreign Minister Faisal Mekdad told AP, wishing him luck in his mission; a mission which Brahimi earlier described as “nearly impossible”.

“It is a crisis which is deteriorating, and no one disagrees with the need to stop the bloodshed and restore harmony,” Reuters quoted Brahimi saying upon his arrival.

Brahimi replaced Kofi Annan, who resigned in August following the repeated failure of his six point peace plan which tried to secure a ceasefire.