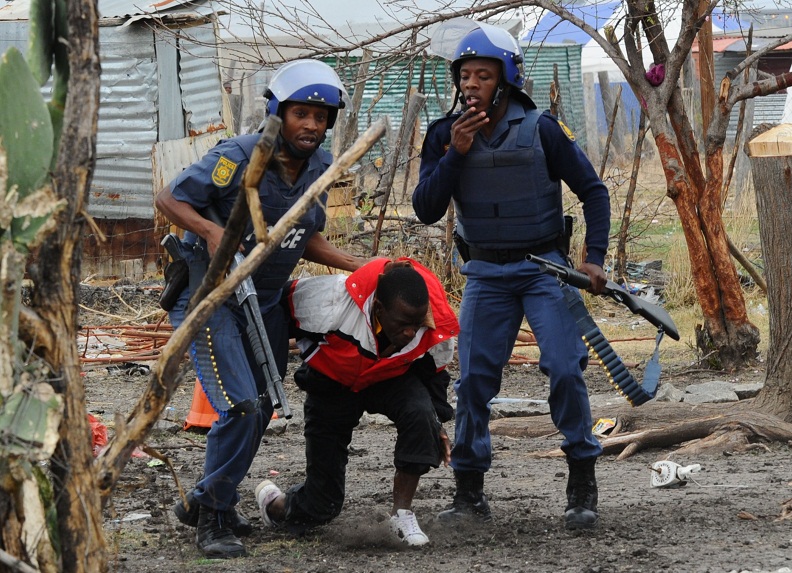 As part of the two-day crackdown, at least 12 people were arrested, in addition to the seizure of various weapons, reported the Times Live. Rubber bullets and tear gas were also used against the strikers. They are expected to be show up in court on Monday after being charged with illegal gathering and public violence.

According to Voice of America, the miners rejected a wage offer on Friday on the same day that the South African government expressed that it will no longer tolerate the strike. The ongoing strike has already disrupted production in at least one gold and one platinum mine and has caused the price of platinum to rise. This was the first wage offer, however, Reuters reported that Lonmin increased its offer on Saturday but it’s still lower than the amount the miners want; 12,500 rand equivalent to USD 1,500, more than double of their current salaries.

The minister of Justice, Jeff Radebe, said on Friday that these illegal gatherings and carrying of weapons would no longer be tolerated, said Al Jazeera.  In a statement released by the government of South Africa on Friday, it expressed concern for the “violence and threats of intimidation,” adding that it recognises that “if the current situation continues unabated it will make it even harder to overcome our challenges of slow economic growth, high unemployment, poverty and inequality.” The government added that it will not tolerate these illegal gatherings and that security will not hesitate to arrest those found in violation.

Yet it appears that Lonmin is losing patience with the strikers who’ve been striking since August. According to Business Report, the company has taken a court order stating that the strike is “unprotected” in what is seen as a sign that the company may be taking steps to let the miners go.

The Lonmin miners who’ve been striking for weeks operate in the Marikana platinum mine which witnessed deadly violence on 16 August when the police fired at the miners, killing 34 of them, many believed to be shot in the back while attempting to flee the scene of the strike, in what was referred to as the “Marikana Massacre”. The total number of deaths at the tense mine site has exceeded 40.

Lonmin has lost hundreds of millions of dollars following the start of the strike while Anglo American Platinum Ltd.  whose workers are also on strike announced a halt in its Rustenburg operations last week.