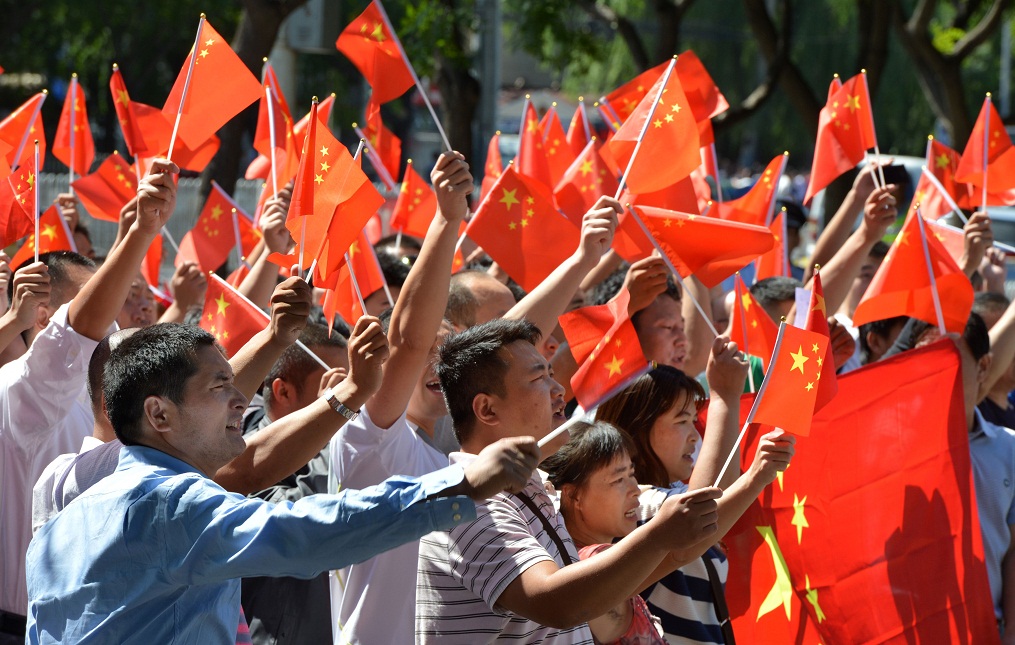 An estimate of 2000 angry Chinese protesters barricaded the Japanese embassy in Beijing Saturday as part of a week-long wave of protests, according to AFP.

Tensions started on Tuesday when the Japanese government announced the decision to buy a group of uninhabited islands in the East China Sea, which they call the Senkaku islands) from a private Japanese owner. China also claims ownership (calling them the Diaoyu islands.)

The angry protests have spread nationwide, in a country where demonstrations are almost unheard of. In the cities of Shanghai, Nanjing, Xian, and Taiyuan. Some of the angry crowds attacked Japanese restaurants and Japanese-made cars, said AFP.

According to the Japanese state-owned news agency Kyodo, the current protests are the strongest against Japan since diplomatic relations were normalized in 1972.

Things were further-complicated by China sending six surveillance ships on Friday to the disputed islands for what it called a “law enforcement” mission. The move both further incited the demonstrators and alarmed the Japanese authorities. Japanese prime minister, Yoshihiko Noda, responded by summoning the Chinese ambassador and establishing a taskforce to address the issues, according to the BBC.

An administrative agency working under the Chinese Ministry for Land and Resources, the State Oceanic Administration, released the coordinates of the disputed island as further proof of China’s sovereignty over them, according to Chinese state-owned news agency Xinhua.

A safety warning has been issued by Tokyo warning all Japanese citizens in China about the violence, said AFP.

Xinhua reported that the foreign ministry’s spokesperson assured the protection of all Japanese citizens in China on Friday.

The island question has caused unrest before, with the arrest last month of a group of Chinese activists who landed on the islands, according to Reuters.

Events were complicated by the nearing leadership changes due to take place both in Japan, which will soon have elections, and China, where the ruling communist party is expected to appoint a new leader, Xi Jinping, the current Chinese vice-president.

Xi finally reappeared publicly on Saturday following two weeks of unexplained disappearance. In an event held to celebrate China’s national science day, Xi made an appearance silencing rumours about him suffering from health problems or about divisions within the communist party involving his appointment, according to the BBC.