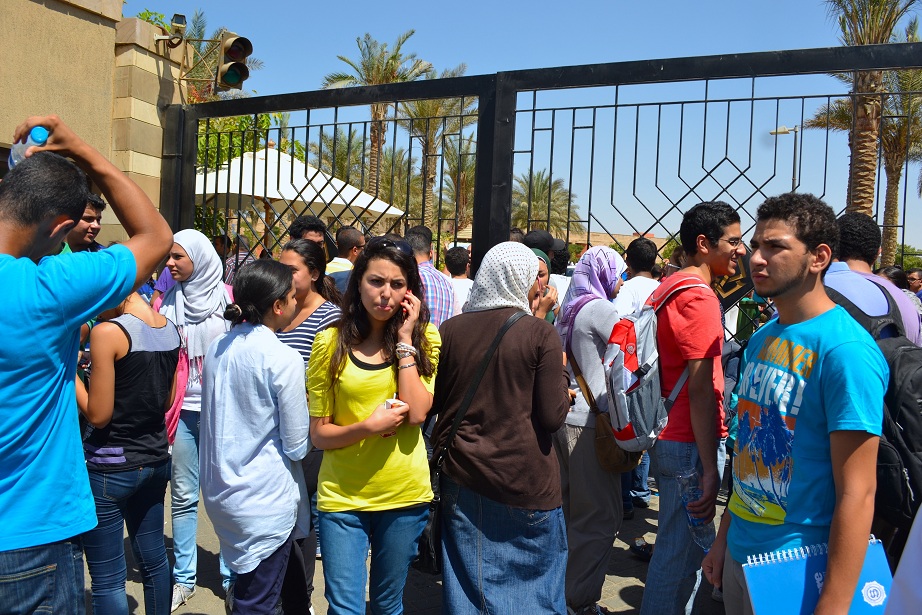 The American University in Cairo will move to suspend protesters who prevented fellow students from entering the campus yesterday, university leaders said.

A group of students protested in front of the New Cairo campus gates, blocking the entrance and demanding that the university’s tuition be subject to a cap and be freed from the seven percent annual increase that it is currently subject to.

AUC student Omar El Sheikha told Daily News Egypt that he and many other students first heard about the strike late Saturday night.

At the university, they found students blocking the gates and preventing staff and students from entering.

Brian MacDougall, Vice President for Planning and Administration, told the AUC student newspaper The Caravan that they would move to suspend the offending students.

MacDougall also told the paper that the 2013 AUC budget was approved by the Board of Trustees last May, and added a tuition cap model would be unfair to incoming students, as only those enrolled would not face the increase.

Dalia Abbas, the online managing editor of The Caravan, said many students were able to make their way past the gates by either pushing through the human barriers or scaling gates and walls surrounding AUC.

“Friends emailed, tweeted, and told me not to come to campus,” she said.

When she arrived, all ways to get on campus were either blocked or locked.

The striking students eventually allowed fellow students to enter, but urged them to remain with them in solidarity. Although classes were not cancelled, many students either left when they were unable to enter or remained outside as part of the strike.

Although the Student Union did not officially take part in the strike, some of its members did. The SU released a statement on Saturday expressing dissatisfaction in the aftermath of meetings with the administration concerning “unjust tuition increase.” The union had previously collected around 3,000 signatures for a petition against tuition increases. “The Student Union will continue to fight for this cause and shall [pursue] all legal ways including a case in front of the state council,” it said in its statement.

“We will not support any act that demonstrates unjust infringement on rights, liberties and freedom of choice of other students and members of the AUC community.”

Last year, representatives from the Student Union and the Independent Syndicate came to agreements with the university’s administration following a community-wide strike. The agreement with the students involved disclosing the university’s budget in a forum and establishing an ad-hoc committee with student membership. The university also vowed to explore the option of tuition caps, while reducing day-to-day expenses for students. AUC also granted temporary pay raises of EGP 250 for security guards and other workers on campus.