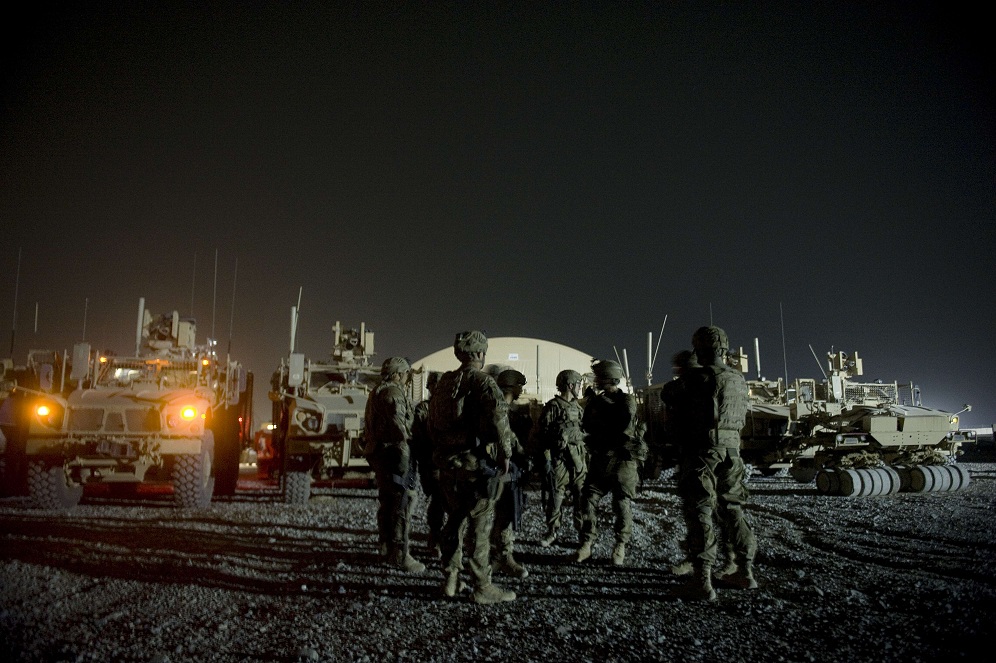 According to their preliminary investigations, the attack was carried out by a man wearing the uniform of the Afghan police.

According to Reuters, a local official confirmed the attack took place in the southern province of Zabol and all four casualties were US soldiers, though NATO has refused to comment on this while the investigation is ongoing. The attack comes just a day after two British ISAF soldiers were shot by another man clad in an Afghan police uniform as they returned from patrol in the Southern Helmand province, a Taliban stronghold.

Insider attacks are not uncommon in Afghanistan. Reuters estimated that there have been at least 51 foreign military personnel killed in such attacks this year. The incidents are further straining the relationship between Afghanistan, which is set to take full control of its own security by 2014, and the coalition forces.  In response to the growing number of insider attacks, NATO and Afghan security forces have created a Joint Casualties Assessment Team responsible for the investigation of every attack of this kind which, according to Reuters, numbers at least 37 this year.

ISAF and Afghan forces on Sunday also arrested a Taliban leader they believe to be responsible for the death of two US service members who died when a helicopter was shot down in eastern Afghanistan on 5 September. According to their press statement, the Taliban commander was successfully taken into custody, with no civilian casualties reported. During the operation, security forces also managed to detain two suspected insurgents and seized over $3,400 in cash, as well as IEDs.

Afghan-ISAF coalition troops also killed an armed opposition fighter in the Khugyani district in the eastern Nangarhar province on Sunday as part of an attempt to arrest another Taliban leader who was believed to be in the area. ISAF reported that security forces approached the location where the target was believed to be, when the opposition fighter reportedly moved to engage the troops. Coalition troops opened fire, killing the man and arresting another. During the operation an assault rifle and components of a Rocket Propelled Grenade Launcher were seized.

In the Qal’ah-ye Zal district of northern Kunduz province, efforts to arrest another Taliban leader yielded two arrests, but ISAF avoided mentioning whether or not these operations have resulted in the death or capture of the suspected Taliban leaders they were looking for.

The NATO-led ISAF forces have come under increasing attacks over the past few days. On Friday insurgents managed to infiltrate the perimeter of Camp Bastion in the Helmand province, killing two ISAF soldiers and wounding nine. The attackers, under cover of night, used small arms, RPGs and explosive vests. Multiple aircraft were reportedly destroyed and the British Prince Harry of Wales, who is presently serving at Camp Bastion, was unscathed. Only one of the attackers survived and is currently undergoing medical care, ISAF stated.