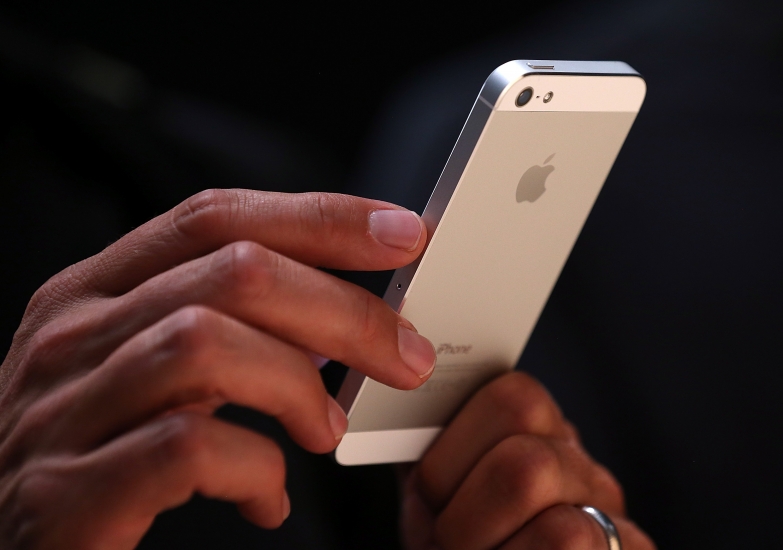 Washington (AFP) – Apple’s iPhone 5 is one of the biggest product launches ever in the sector, and may also deliver a well-timed stimulus to the US economy ahead of the presidential election, analysts say.

Apple is expected to sell as many as 10 million of the devices in just the first days of the launch starting September 21, and upwards of 50 million in the fourth quarter, including a big chunk in the United States.

JP Morgan economist Michael Feroli said he sees the iPhone 5 adding between 0.25 and 0.5 percentage points to US economic activity in the fourth quarter, based on projected US sales of eight million.

Feroli said it was a simple math calculation: if the phones are worth $600, including carrier subsidies, minus $200 for import costs, that would be $3.2 billion in net sales, or $12.8 billion at an annual rate, boosting gross domestic product (GDP) by 0.33 points.

“It just shows the power of an extremely popular product which is priced very dear,” Leahey said.

He said the boost was “noticeable but not earth-shattering.”

But with the US economy having expanded at a tepid 1.7 percent pace in the second quarter, the stimulus will be well-timed.

“The economy absolutely needs it, it could not come at a better time,” said Joel Naroff at Naroff Economic Advisors.

“Household incomes are flat, real disposable income is going nowhere. You don’t have any source of fuel, so it’s got to come from somewhere.”

Naroff said that US consumers will likely pull money out of savings for the iPhone and similar devices, and in some cases, it may be simply a matter of pulling the spending forward.

“The net impact on the economy is not clear,” he said.

Paul Krugman, a Princeton University economist who blogs for The New York Times, said the stimulus effect underlines how the US economy is dependent on consumer spending.

“To believe that more spending will provide an economic boost, you have to believe — as you should — that demand, not supply, is what’s holding the economy back,” Krugman wrote.

“Instead, willing and able workers can’t find jobs because employers can’t sell enough to justify hiring them. And the solution is to find some way to increase overall spending so that the nation can get back to work.”

Krugman added that “over time, there will be more equipment that needs replacing, more iPhone-like innovations that boost spending, and, in the long run, we will exit this economic trap.”

Apple’s launch comes amid a spate of new product releases expected to woo US consumers in the pre-holiday season.

The Consumer Electronics Association projects record sales of electronics of $206 billion this year, the first time above the $200 billion mark.

Along with phone launches, Microsoft is producing its own Surface tablet computer, Google has introduced a tablet and smartphone and Amazon has upgraded its Kindle Fire tablets.

And Apple is expected to launch a “mini iPad” in the coming weeks to cement its position in the tablet market.

All this has the potential to boost share prices, consumer spending and the so-called supply chain involving component makers. Apple’s record stock price surge has helped push the Nasdaq stock exchange to its highest level since 2000, after the dotcom collapse.

Morgan Stanley analyst Katy Huberty said Apple may ship between 48 million and 53 million iPhones in the fourth quarter and “up to 266 million” in 2013.

Contrary to popular belief, the largest portion of the proceeds from iPhone sales flow to the United States, not China, said Jason Dedrick, professor of information studies at Syracuse University.

“Virtually none of the profits go to China,” he added.

A 2011 study by Dedrick with researchers Kenneth Kraemer and Greg Linden concluded that 58 percent of the iPhone cost went to Apple profits, with materials representing some 22 percent and labor costs in China just 1.8 percent.

“We estimated about $10 in wages for each iPhone going to workers in China for the iPhone or iPad,” he said.

Even with the stimulus, most economists say the iPhone and other devices probably won’t make a difference in the November election.

Leahey said the introduction is too late to have an impact on jobs before November, and that more important is “the public perception of the labor market,” which is unlikely to change in the next two months.