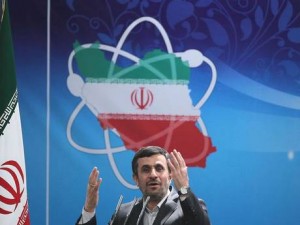 Following the commitment by various European countries and Japan to cut purchases of Iranian oil and to commit to sanctions imposed on Iran, the United States government granted a second waiver of 180 days to those nations, Secretary of State Hillary Clinton said on Friday.

The waiver essentially gives banks from the 11 nations a reprieve from the threat of being excluded from the US financial system for continued dealings with Iran. The countries covered include: Belgium; the Czech Republic; France; Germany; Greece; Italy; the Netherlands; Poland; Spain; the United Kingdom; and Japan. The waiver comes as the 11 nations continued their attempts to cut oil imports from Iran, most notably Japan which is the world’s third largest oil consumer and has experienced an energy crisis due to the Fukushima nuclear disaster in 2011.

Clinton praised Japan’s efforts to cut crude oil imports from Iran which, according to Reuters, saw a complete halt of shipments in July. Waivers are a part of the way sanctions are gradually applied to nations that may rely on the products produced by a sanctioned country. In the case of Iran, nations such as South Korea, Japan and China have a certain dependence on Iranian oil.

To comply with the sanctions such countries must replace their oil imports in a way that does not threaten their own economic situation. Countries are reviewed on a case-by-case basis to see if they have been taking adequate measures to comply with the sanctions every six months. Countries found to be reaching their mark will be waivered from having to deal with the repercussions.

Doctor Mahmoud Farag, former Egyptian Charge d’affaires to Iran, told Daily News Egypt that Iran does suffer from these sanctions, but workarounds have so far managed to reduce the effects on the life of Iranians. “There are still many countries which sympathise with Iran,” Farag explained, pointing at the attendance of several nations at the Non-Aligned Movement Summit held in Iran in August. “These sanctions are political in nature intended to exert pressure on Iran for their [US and Israel’s] own ends to ensure Israel remains the only nuclear power in the region.”

The biggest opponents of a nuclear Iran are Israel and the US, which have recently been at odds over where to draw a line against Iran’s nuclear ambitions. Israel also finds itself straining their ties with the US, as Israeli Prime Minister Benjamin Netanyahu’s bellicose stance against Iran has been alienating their long-time ally. US President Barack Obama rejected Netanyahu’s demand to establish a “red line” for Iran’s nuclear program, according to the New York Times.

The paper quoted an official who said Obama had deflected Netanyahu’s attempt to pressure the US into recognising the size of the uranium stockpile close to weapons-grade as the limit for which both nations would act militarily, rather than the presence of actual weapons-grade uranium.

Farag argues that it is impossible for a nation such as Iran to completely abandon their nuclear project because of dwindling oil supplies and a growing population creating the need for alternative power sources.

Israel’s fear of a nuclear Iran is also unjustified, Farag claims, because neither side would be able to attack the other without drawing the attention of the entire region. He argued that neither state could take the role of the aggressor because of the backlash from the region and the fact that the Gulf States “would never tolerate such actions by any side.”