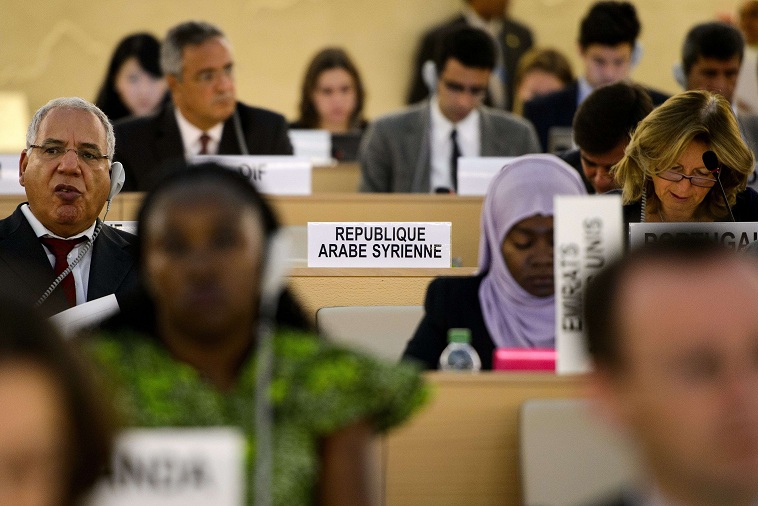 United Nations human rights investigators have revealed they had composed a second, secret list of Syrian individuals and military units suspected to have committed war crimes. The existence of this list was revealed on Monday to the UN Human Rights Council (UNHRC) in Geneva. This list is an updated and confidential version of a similar list sent by the investigators to the high commissioner in February.

Paulo Pinheiro, head of the independent investigators, told the UNHRC that the list was being provided to the high commissioner for human rights while urging the UN security council, the only body capable of doing so, to refer cases to the International Criminal Court.

Pinheiro said the decision to keep the list confidential came about because the commission “considers it improper to publicly release the names due to the lower standard of proof employed by commissions of inquiry as compared to a court of law,” Reuters reported.

Syria’s ambassador to the UN, Faysal Khabbaz Hamoui, lashed out at the report, saying the report should have named countries such as the US, Qatar, Saudi Arabia, Turkey and Libya as nations that “support the killers.”

“One of the facts that we do not see in the report is that many international parties are working at increasing the crisis in Syria through instigating their media, through training mercenaries, Qaeda elements, training them and funding them and sending them to Syria for jihad. This through fatwas that were issued,” BBC reported Khabbaz Hamoui saying in a speech during the meeting.

Syria and Iran have both accused Turkey of facilitating the entry of thousands of “terrorists” into Syria through the use of Turkey’s border and its airports. Syrian state media and Iran’s Fars News Agency’s sources claimed Turkey’s national air carrier has been flying Al-Qaeda members from Pakistan to Turkey’s border with Syria. Both outlets label opposition fighters terrorists.

On Monday, Lebanon’s state-run National News Agency reported an airstrike carried out by Syrian warplanes within Lebanon, just 500 meters from the border near the town of Erssal.

According to the Syrian Observatory for Human Rights (SOHR), roughly 40 Syrians had died as a result of clashes by Monday afternoon. Twenty one of the deceased were classified as unarmed civilians, while eight were rebel fighters and 12 members of the Syrian armed forces.

Four civilians died in the Aleppo province due to bombardments in the Sakhur neighbourhood and the nearby town of Kafarhamra, SOHR reported. In Damascus, the observatory claimed five civilians had died due to sniper fire, bombardment and gunfire. Four civilians faced similar fates in the Dera’a province, four in the Reef Dimashq district and three others in Idlib. The observatory, which relies on information provided by activists on the ground, claimed that one civilian in Homs died from wounds sustained after being tortured by regime forces.

According to a conservative UN estimate, at least 20,000 Syrians have been killed in the conflict so far. According to SOHR, Sunday’s death toll surpassed 170; suggesting peace is as far off as ever.